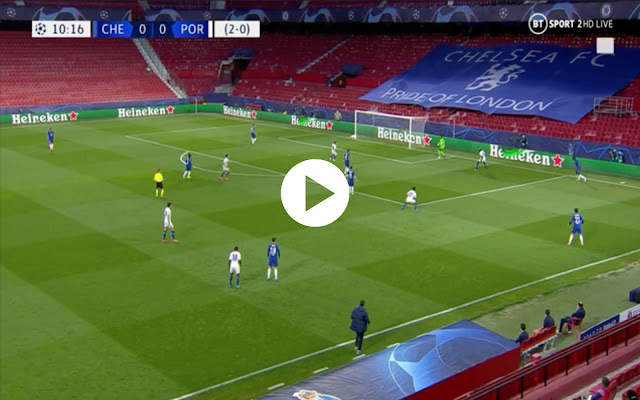 In just the 10th minute of this evening’s all-important second-leg Champions League tie between Chelsea and Porto, Edouard Mendy almost gifted the Portuguese a side a route back into the tie.

Porto sent an audacious pass in behind, one which pressured Antonio Rudiger enough for the centre-back to have to slot it back to Chelsea’s goalkeeper.

That’s when Mendy almost threw Porto a lifeline in the knockout tie, the stopper didn’t look to have his feet and balance set but still rushed into a first-time pass out, which went directly to Jesus Corona.

Corona fired a strike towards goal, but luckily for the Blues, Jorginho stuck in a foot, sending the ball wide of the post and out for a corner.

The Blues are actually interested in a swoop for Corona this summer, with the winger whose looked lively so far seemingly up for grabs for a reduced fee before July strikes.

Mendy has previous when it comes to starting off sloppily for the West London side, as seen in some of his early Premier League outings for the Blues and this near-miss in the first-leg against Atletico Madrid.

Thomas Tuchel and the coaching staff need to figure something out to stop this threatening recurrence that Mendy suffers from, the Senegalese star is otherwise a solid stopper for the Blues.