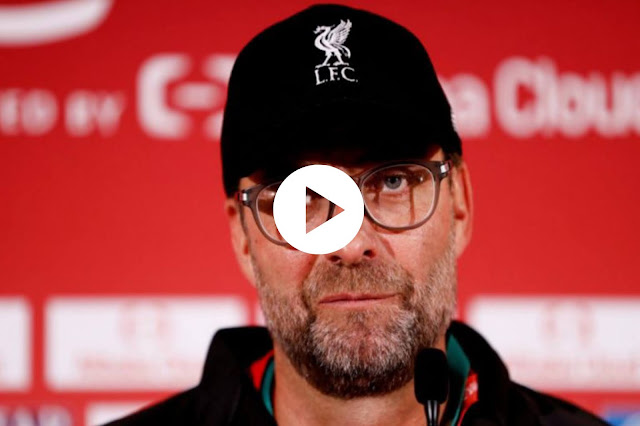 Liverpool manager Jurgen Klopp took some time in his post-match press conference to hail Trent Alexander-Arnold after the star’s late game-winning contribution for the Reds against Aston Villa today.

Klopp was questioned on what it shows about the ace’s character to come up clutch this afternoon after a tricky last week, with the highs of carving open Arsenal and lows of being exposed by Real Madrid.

Alexander-Arnold silenced the critics for a second time in less than seven days with a wonderful late winner to hand the Reds a comeback win against the Villains.

The German insisted that Trent’s performance against Arsenal was ‘exceptional’, whilst he turned in a ‘top game’ this afternoon, but Klopp didn’t ‘hide’ the fact he was at fault against Madrid.

Klopp then demanded that the media stop with the talk surrounding his spot with the England national team, after he was dropped for the last international break, urging them not to ‘talk anymore about it’.

Jurgen Klopp hailed the 'top' performance from Trent Alexander-Arnold and wants to hear less 'talk' on the Liverpool star from now on... pic.twitter.com/WCSqclobny

“Yes, absolutely. But life is like this, football is like this. He played an exceptional game at Arsenal, he played a top game this afternoon, but in Real Madrid, we don’t have to hide that he was involved in the second goal they scored, obviously.”

“Just because, as a young player you have to develop and you only make the next step if you really challenge yourself in specific moments.”

“That is what he is doing, by the way. If he is not playing good it’s not that he is not bothered or ‘who cares?’ – no, it is the opposite.”

“So just don’t talk anymore about it. Talk about the game, was he good, but leave the rest around aside.”

Klopp certainly makes some valid and honest points on the treatment of Alexander-Arnold, but it’s unfortunately a level of scrutiny and focus that almost all of England’s internationals are subjected to.

Alexander-Arnold now has a goal and assist from his last two Premier League games, having returned none in his nine top-flight outings before this rejuvenated run.

The Liverpool academy graduate being back to his usual quality – domestically at least – is exactly what the Reds need as they face a difficult challenge to secure Champions League qualification.