WATCH: ‘Spurs have been soft for the last 40 years’ – Roy Keane in another fiery exchange with Jamie Redknapp

Roy Keane claimed Tottenham “have been soft for the last 40 years” as the former Manchester United captain had another lively exchange wit... 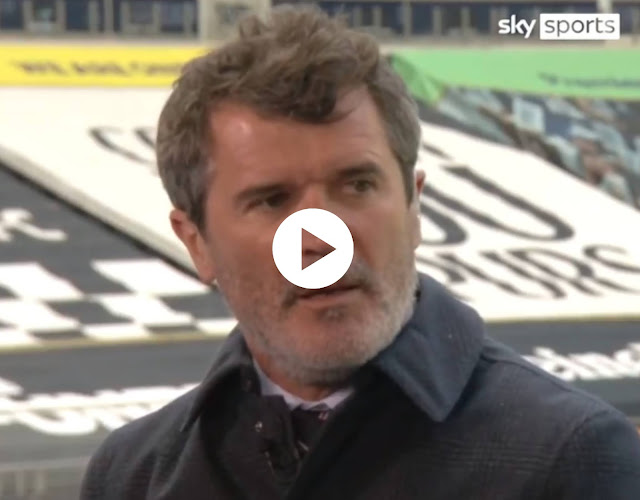 Roy Keane claimed Tottenham “have been soft for the last 40 years” as the former Manchester United captain had another lively exchange with Jamie Redknapp.

Keane repeatedly said there was a “softness” to Spurs during the debate about the club with Redknapp on Sky Sports ahead of them hosting United on Sunday.

Having sarcastically stated that “it’s always great to be top of the league in November, vital time of the season that”, Keane said: “We all know, and we keep repeating, there is a softness in this Spurs team.”

Former Tottenham midfielder Redknapp reacted by pointing out that Tottenham had reached the Champions League final in 2018-19.

And Keane replied: “They were lucky to get to that final. Get to the final – again, it’s like being top of the league in November. They got to the final, but they got beaten in the final.

“If you’re going to get to a final, the whole point of getting to a final is trying to win the bloody thing.

“Spurs before (boss Jose) Mourinho, and when Mourinho leaves, there will still be a softness to this Spurs team. That’s down to the players.”

Redknapp responded by asking: “So they’ve been soft for the last, what, however many years?”

To which Keane replied: “Spurs have been soft for the last 40 years.”

As he voiced his disagreement, Redknapp mentioned the Tottenham side, managed by his father Harry, who reached the Champions League quarter-finals in 2010-11, saying: “That was a good team. You can’t say they are always soft Roy.”

Keane hit back with: “If quarter-final is success, then you can have your success.”

It comes after the pair had a heated argument about Tottenham in February, during which Keane said top sides “wouldn’t touch” any Spurs player beyond Harry Kane and Son Heung-min.