Wayne Rooney has suffered a tough first stint in management, winning just 10 of his 33 games in charge of Derby and are staring down the b... 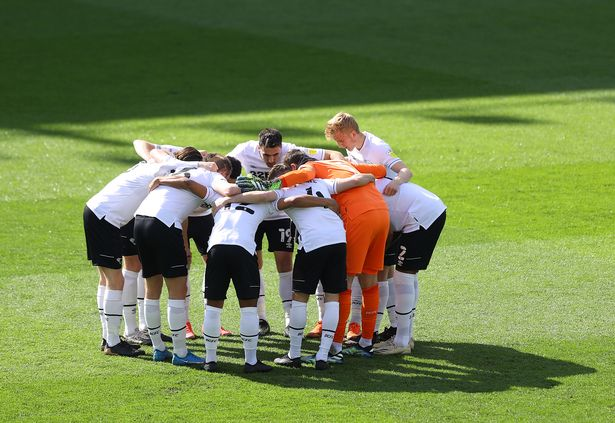 Wayne Rooney has suffered a tough first stint in management, winning just 10 of his 33 games in charge of Derby and are staring down the barrel of relegation with three games to go

The 35-year-old is gripped in a real relegation scrap going into this weekend's game with Birmingham just clear of the relegation zone.

His side have won just one of their last 12 games and now sit four points clear of Rotherham - but the Millers have two games in hand.

Rooney acknowledges that it's crunch time but says his players are ready to meet the challenge head-on.

And he said he's not crumbling under the pressure of facing a potentially catastrophic drop into League One.

Asked if he's ever considered walking away from it, the Manchester United and England legend said: “No. Not once. I've said many times that I took this job because I believe I can move this club forward.

“Nothing has changed. I'm enjoying the job even though it's obviously a challenge. I take the responsibility for results.

“We're in a relegation fight. What I've said to the players remains private but they are ready.”

Rooney added: “Rotherham are on a similar run of for to us. They have to win their games and the Championship is a very tough division.”

The Rams boss admitted he'd laid into his players for the midweek surrender to Preston, adding” It was an unacceptable performance and I've told them.

“The players have to show heart. They need to win. They know that. I trust the players and I trust that we have enough to get ourselves out of this.”

Rooney took over at Pride Park in November from Phillip Cocu, leaving the Rams at the bottom of the Championship after 11 games - their lowest position in 12 years.

He took over the full role after a 3-0 away loss to Middlesbrough, drawing four and winning two of his first six games.

But the form slowly dipped, recording just two wins from the last 14 games with Derby.