Liverpool captain Jordan Henderson has taken to social media to share the squad’s ‘collective position’ on the hated plans of a European S... 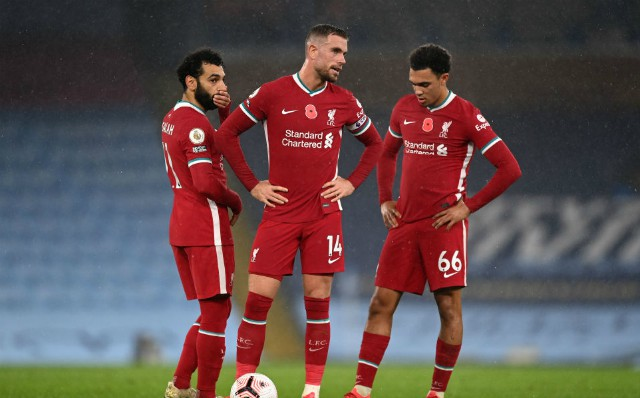 Liverpool captain Jordan Henderson has taken to social media to share the squad’s ‘collective position’ on the hated plans of a European Super League.

As news filters through of rivals Manchester United, Chelsea and City being in the process of exiting from the new competition that would’ve ruined football, there’s no sounds out of Liverpool but this…

Henderson has went on record to state that the players don’t ‘like’ these plans and also ‘don’t want’ the European Super League to ‘happen’.

The injured club captain added that this is the squad’s ‘collective position’ which will be a delight to Liverpool fans, adding that their ‘commitment’ to the club and fans is ‘absolute and unconditional.’

Henderson signed off with the club’s iconic phrase of ‘You’ll Never Walk Alone’ – which is something that their American owners seem close to being left to do as other signatories pull out.

“We don’t like it and we don’t want it to happen.”

“This is our collective position.”

“Our commitment to this football club and its supporters is absolute and unconditional.”

The Liverpool faithful will be delighted to see some official comments on the team’s thoughts towards the plans, as the Reds seem no closer to actually withdrawing from the competition.

As well as media reports suggesting that the FSG ownership played a massive role in arranging this in the first place, they now seem to be ready to ride this sorry road until it’s end, no shame at all.

There’s no absolutely no doubt that club legends and current pundits like Graeme Souness and Jamie Carragher will implore the fanbase to never forgive and forget this act that has disrespected the club.

Update: Henderson’s teammates have now followed their captain’s suit in proving this ‘collective’ position by sharing the same message across their own social media pages.