Sky Sports man Kaveh Solhekol has featured on the latest edition of the Pitch to Post podcast to discuss potential summer incomings at West ... 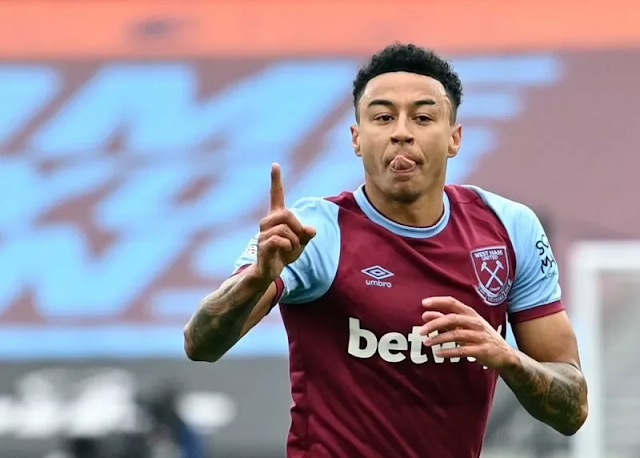 Sky Sports man Kaveh Solhekol has featured on the latest edition of the Pitch to Post podcast to discuss potential summer incomings at West Ham United.

One name which has been tipped with a potential permanent move to the London Stadium is that of their on-loan signing Jesse Lingard.

The Manchester United midfielder joined the Hammers in the January transfer window on a half-season loan which has proved extremely successful for the 28-year-old.

Lingard has only made nine appearances for the London side since joining in the Premier League, however, he has netted on eight occasions in those games (via Transfermarkt).

Solhekol brought up the midfielder&#8217;s future and provided an update on West Ham’s stance going into the summer window regarding Lingard.

He said: “I think obviously, as far as West Ham are concerned, they’d prefer if there wasn’t a bidding war this summer. But the situation is that he’s just been playing so well, that there are lots of other clubs interested in signing him. And there’s still the possibility that he may even go back to Manchester United and sign a new contract.

“Now, I know United would have been open to selling him for something in the region of £15m in the past. But that is not going to be enough money this summer. I think it’s going to cost much more than that to get him. My understanding of the situation as far as West Ham are concerned is that he has made such a big impact at club, that they will do whatever it takes to sign him.

“And when I say ‘whatever it takes’, I’m not saying that they will pay stupid money for him. But they will definitely match or try and better what any other club is offering for him, then I think it will come down to what he wants to do.”

Lingard has been an undeniable success at the Hammers since arriving in January, however, it will be interesting to see where he feels his future lies come the summer transfer window.

A large part of his decision making could come down to whether West Ham can keep a hold on their place in the top four of the Premier League as it would offer him a chance to play first-team football in the Champions League.

Alternatively, could Lingard view his return to form as a route back into the Manchester United first team where he would also be able to play Champions League football?

Either way, Solhekol seems convinced the Hammers will do everything they can to bring the 28-year-old back to the London Stadium for next season.