Arsenal and Paris Saint-Germain have been keeping a close eye on the Manchester United midfielder  Jesse Lingard 's revival at   West Ha... 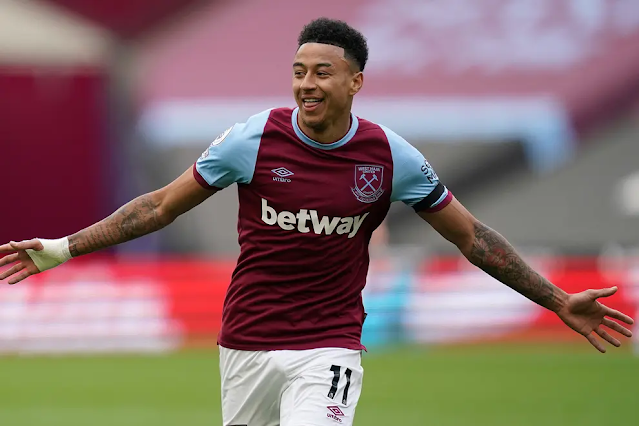 Arsenal and Paris Saint-Germain have been keeping a close eye on the Manchester United midfielder
Jesse Lingard's revival at West Ham is proving one of the stories of the season, and it is no surprise that the Hammers are keen for it to continue beyond just his six-month loan spell.

With eight goals and three assists in nine games, the midfielder has gone from the fringes at Manchester United to the central figure of a Champions League push and catapulted himself into the running to be in the England’s Euros squad summer.

Lingard has scored more goals than any other Premier League player since marking his West Ham debut with a brace at Aston Villa in early February.

David Moyes and his coaching staff expected an impact from the 28-year-old, but nothing on this level. Lingard's form and fitness, having not started a Premier League game for 399 days before his West Ham debut, have stunned many and perhaps embarrassed Ole Gunnar Solskjaer.

Lingard remains focused on achieving two significant targets penned on a whiteboard in his temporary home in east London - qualifying for the Champions League with West Ham and getting to the Euros. But others are already plotting a course for him beyond this summer.

The 28-year-old is out of contract at Manchester United at the end of next season and the club he has been with since the age of seven have given no indication of whether they are planning for a future with or without him.

Arsenal and Paris Saint-Germain have been keeping an eye on Lingard's resurgence, while West Ham are desperate to keep him at the London Stadium.

With a little over 12 months remaining on his contract, Manchester United face a decision over whether to cash in or risk losing him for nothing next summer. One source close to negotiations says the club "have difficult decisions to make".

Some of the big clubs being linked with Lingard may, for many, seemingly leave West Ham facing a struggle to sign him if Manchester United do sanction a sale.

But the Hammers hope to have a strong case to fight some of Europe's biggest clubs this summer.

Moyes and West Ham owner David Sullivan fought doggedly in what have been described as difficult negotiations with Manchester United chief executive Ed Woodward and their chief negotiator Matt Judge to secure a loan deal in January.

They agreed to pay a significant loan fee on top of covering Lingard's £100,000-a-week wages. The cost of the loan could rise above £4million by the end of the season.

That determination to sign him will not be lost on Lingard or those around him.

The England international has been given trust and a platform by West Ham and Moyes and he has rewarded them in magnificent style, leading their unlikely push for the Champions League. 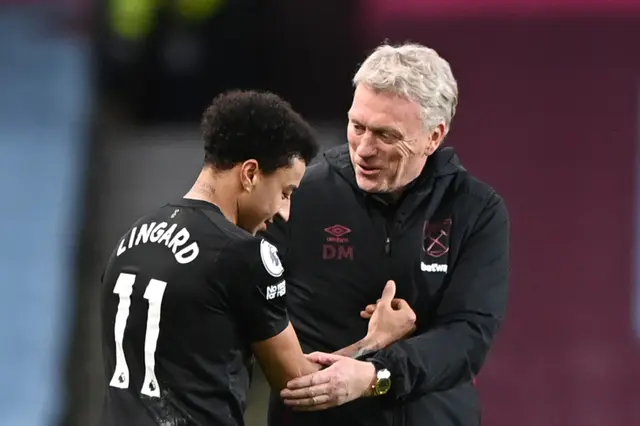 For a player who believes strongly that a good environment is vital for producing strong performances, the move has proved a perfect fit.

Lingard has spoken about how living high in his apartment block in the capital has improved his mindset and helped his form, while he has struck up strong relationships with other players in the squad in a short period of time.

Mark Noble and Declan Rice have gone out of their way to help the new signing settle, and keeping Rice this summer could prove key in tempting Lingard on a more permanent basis. West Ham have continually stated that they have no intention to sell Rice, following reports that Manchester United would want to include him in a deal for Lingard.

A strong finish to this season is also imperative. The biggest draw for a permanent deal would be the prospect of Champions League football next season, and starring for West Ham in their first foray into the highest level of European football is an attractive offer.

Declan Rice has welcomed Lingard and the two are firm friends

But the biggest factor above any is Manchester United, who hold the power in this situation. Solskjaer has maintained that he hopes it could still work out for Lingard at Old Trafford, but the chance to play a key role and enjoy regular football is off the table there.

Furthermore, the risk of losing a player whom the club have invested so much in over more than a decade for nothing is a difficult one to countenance. If a move is to happen, it is understood Lingard may well have to force the issue.

Woodward is confident Lingard's value has grown markedly since his move to London, though as long as Manchester United are not silly when it comes to a valuation, West Ham have the money to sign him.

There was money available to sign a striker in January, when Moyes decided against it. That cash still remains, while more will be made available this summer.

Should Manchester United decide to sanction a sale for Lingard, West Ham will once again have to fight determinedly.

Sullivan and Moyes will not be the only ones chasing a deal, but they will arrive at the table well-armed and ready to fight.