Mason Greenwood opened the scoring for Man Utd against Burnley and it came about thanks to a clever dummy from Bruno Fernandes.

Mason Greenwood revealed it was his shout to Bruno Fernandes that helped to create his opening goal for Manchester United in the 3-1 win at Burnley.

Greenwood swept home a left-footed finish after Marcus Rashford's driving run down the left, with his ball across goal dummied by Fernandes to give Greenwood a run onto the ball.

But the 19-year-old revealed he'd shouted to Fernandes to leave the ball before finishing past Bailey Peacock-Farrell.

“Half an assist for Bruno and half for Rashy, it was a brilliant run and Bruno is smart and intelligent, I gave him the shout and he left it for me, I shouted a little ‘overs’ to him and it went in," Greenwood told MUTV.

Greenwood scored United's second goal against the Clarets, restoring the lead with six minutes to go as his shot flew in off Jack Cork, and that took his recent tally to five goals in six games.

But the forward revealed he'd deliberately targetted the near post having spotted a potential weakness in Peacock-Farrell's game as part of the pre-match analysis.

“Yeah, it’s my goal, I cut inside and shot, we were speaking about the goalkeeper's position before the game at the near post," he said.

Greenwood's double equalled Wayne Rooney's record as the highest-scoring teenager in the Premier League, with 15 goals.

Asked about that record, he said: “Not bad, hopefully I can beat it soon." 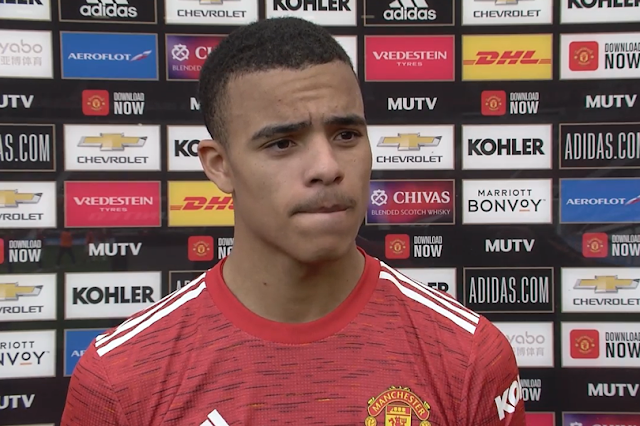