It might not have been the transfer news which most Manchester United fans craved, but news of a new deal for Eric Bailly in the pipeline certainly scratched an itch.

The Ivorian remains one of the most popular players in the Old Trafford dressing room, with fans often to happy to look beyond his reoccurring fitness issues in memory of the star defender who shone so bright during Jose Mourinho's campaign.

Even in the years which have followed since there has always been a warm reception for Bailly and a general consensus remains - when he is fit he is the best central defender at the club.

This season Bailly has once again demonstrated such a belief, but once again his perpetual fitness issues have crept up. Alarmingly, club captain Harry Maguire has played more games than him despite being at the club for less than half the time.

For many the former Villarreal defender represents the blueprint of what United should look for this summer; someone who is agile enough to compliment the robust approach adopted by Maguire, but without the same erratic streak which underpins his performances.

Bailly has only agreed to a new United deal because of reassurances over his future role in the team, with the general belief that he has a place as long as he proves his fitness. This season he has again been limited to just 15 appearances, it's hard to see the logic in keeping him for another four years.

Firstly is that Axel Tuanzebe and Teden Mengi will likely both need further loan spells next season to continue their development with opportunity set to be limited, secondly, that a new centre-back is still required if they are to go one step further and truly compete for a Premier League title.

While in an ideal world a partnership of Bailly and Maguire supplemented by Lindelof might be able to find the consistency required to challenge for a shock title win, without another top centre-back to rely upon it seems highly unlikely.

United are still keen to add a new centre-back even with Bailly staying, but his own desire to play games makes signing another world-class option that bit more confusing.

The fact Bailly has agreed a contract extension perhaps indicates it will not be a top defender who joins this summer, but instead another who can fight their way into the line up rather than command a regular starting place like Maguire.

While adding someone like Raphael Varane might be the most appealing, his addition would only suffocate opportunity for Bailly and all but end the dreams of a hopeful like Tuanzebe.

For some supporters it will be a price worth paying, but from a business perspective it just wouldn't make sense.

A new deal for Bailly should ease the immediate pressure on signing a world-class defender at the end of the season, with the priority surely on solving the seemingly inevitable departure of Edinson Cavani at the other end of the pitch.

Throughout the year United have acknowledged a need for investment in both areas of the pitch, but after a solid run of nine clean sheets in their last 14 matches it is probably fair to argue attack is the most pressing concern.

A new deal for Bailly is by no means a transfer mistake, but they will be making one if they don't give him extra competition in defence - even if it isn't in the shape of a world-class arrival. 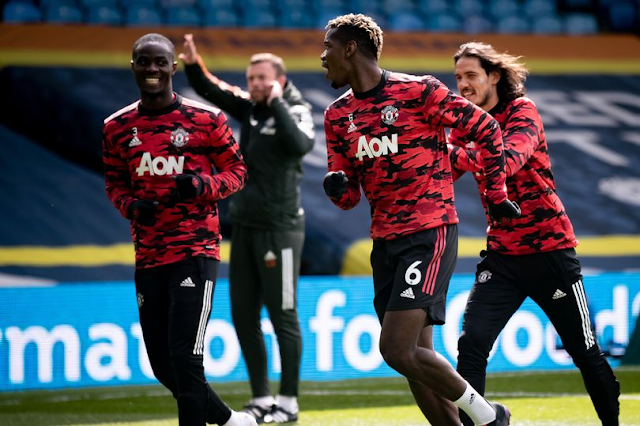