Solskjaer insists both De Gea and Henderson will get opportunities for Manchester United Speaking to the press ahead of the match (h/t Sky S... 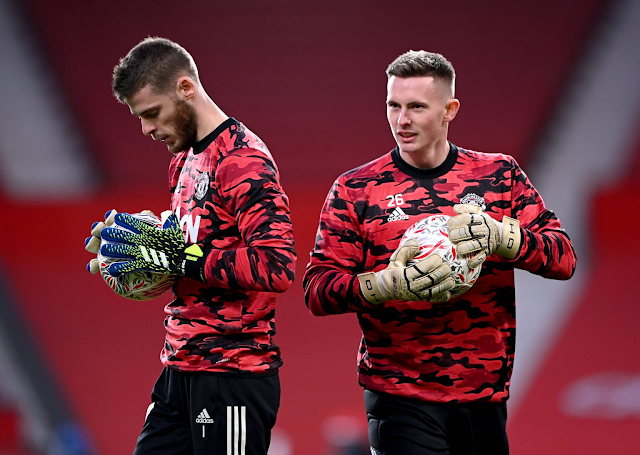 Speaking to the press ahead of the match (h/t Sky Sports) against Brighton, Manchester United manager Ole Gunnar Solskjaer has opened up on the goalkeeping competition between Dean Henderson and David de Gea.

Both players have started in goal for the club at different points this season. The Norwegian has now revealed that both players will continue to get opportunities for the remainder of the season.

Solskjaer, however, refused to reveal who will start this weekend against Brighton. Both players are capable in their own right and competition can only get the best out of them.

“I have the great option of two top goalkeepers. It’s a pleasure to have them around here.”

“We hopefully have nine plus five games to go – we want to go all the way in the Europa League as well. I’m sure you’ll see both of them playing in goal for us.”

Solskjaer was also asked if a decision will be taken regarding the situation in the summer. The Norwegian admits that he is aware there is intense speculation regarding the same, but refused to give away too much.

“What I can say is I’ve got great options playing the two of them. Top keepers but of course both of them want to play as much as possible. That’ll be decided on merit. We have to think who will give us a win on any given day.”

Henderson started United’s last six games in all competitions. De Gea has not featured for the Red Devils since leaving for Spain to attend his child’s birth.

The 30-year-old has been the club’s first-choice goalkeeper for close to a decade. Whether his time in the sun is coming to an end remains to be seen.

The Red Devils struggled to compete with Brighton in the reverse fixture earlier in the season, only for a late Bruno Fernandes penalty to get us all three points. The fixture at Old Trafford will be a true test of how far we have come since then.