Agreement reached: Juventus to pay €10M to Atletico Madrid to take attacker for another season

Juventus are set to fork out €10M to keep Alvaro Morata around after Massimiliano Allegri gave the green light, according to  Fabrizio Rom... 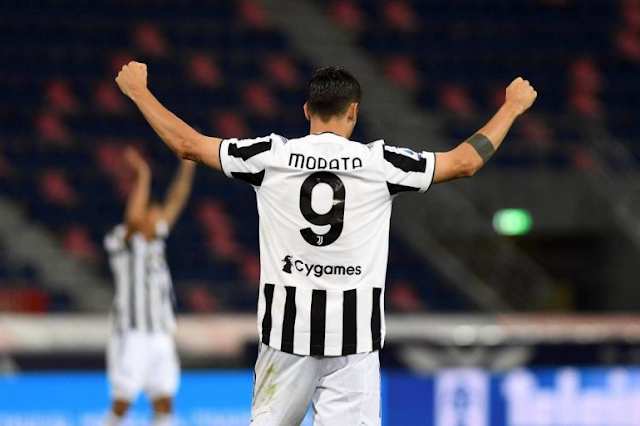 Juventus are set to fork out €10M to keep Alvaro Morata around after Massimiliano Allegri gave the green light, according to Fabrizio Romano.

Morata, who fell short of expectations at Atletico Madrid, returned to Juventus last summer on a season-long loan, scoring 20 goals in 44 appearances across all competitions.

The Spaniard is notoriously hot and cold, so it was unclear whether or not Juve would want to prolong his stay in Turin or look to the transfer market in search of someone more prolific.

CaughtOffside reported last month that Juventus had made the decision to keep Morata on loan, rather than buy him outright, and were working on agreeing a deal to do so.

It appears as though there has been a breakthrough, with Fabrizio Romano revealing via Twitter that the deal is set to be completed, with Juve paying Atletico €10M.

Juventus are set to pay €10m to extend Alvaro Morata’s loan until June 2022. The one-season extension clause agreed with Atlético Madrid last summer will be triggered in the next days, as Massimiliano Allegri wants Morata to be part of the team. ⚪️⚫️ #Atleti #Juve

It’s evident at this point that Morata is nothing more than a ‘1 in 2’ goalscorer, but combined with his ability to compliment fellow attacking players, it’s given him a career at the top level.

If Massimiliano Allegri is keen on keeping him around, having watched him from the sidelines this campaign, it’s high praise for Morata, who is a player who gets his fair share of stick.