Amad needs nurturing if he is to fulfil his potential Man Utd are set for a busy summer transfer window but need to make some key decisions ...

The summer transfer window isn't even open yet but already the rumour mill is gathering pace as agents and clubs look to cash-in on Manchester United's reputation and earn a summer move for their players.

It's no secret in the modern world of transfers that United's name is often dropped by agents or club officials in an effort to spark interest and ignite a bidding war between other interested parties.

Gabriel Magalhaes was heavily linked with a move to United last summer as Arsenal stalled on a move, despite no interest from Ole Gunnar Solskjaer's side whatsoever, while Serbian winger Filip Stevanovic reportedly agreed a move to Old Trafford late last October - club officials insist there were never even any talks held.

A year on United will again be the team which dominates gossip columns as Solskjaer looks to invest in a squad which needs to mount a serious Premier League title charge next season if they are to stick to their three-year plan.

United's stance in regards to players like Kane, Sancho and Ronaldo this summer is the same as it always will be - the biggest team in English football has to consider signing any proven world-class talent, even if their current priority is discovering raw unproven gems instead.

This summer it is raw talent Amad who could well dictate the transfer approach adopted by Solskjaer.

Amad, 18, has only started once since completing his £37million transfer to in United in January as well as six appearances from the bench.

The latest of those came with a brief cameo against Fulham on Tuesday night, even within those seven minutes he showed his immense talents as he effortlessly controlled an exceptional pass from David de Gea before driving at the opposition defence.

Just as his solitary goal, against AC Milan in the Europa League, was a moment of fine spontaneous ingenuity most of Amad's highlight reel from his first five months in England have been those raw flickers of excitement.

The Ivorian is very much a player for the future but in order to harness his potential to the fullest it is imperative that he is helped along by the club - and in particular by Solskjaer's own transfer plans. 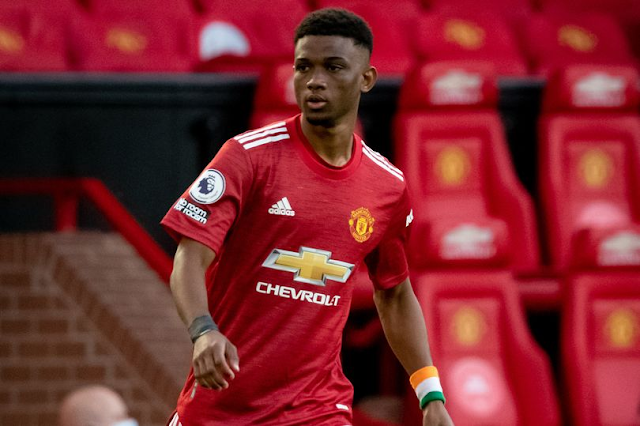