Amad is still waiting to make his first career start and has not played for Man United in nearly two months.

Amad is set to be recalled to the Manchester United squad against Leicester.

The 18-year-old travelled to Villa Park on Sunday but was omitted from the 20-man matchday squad and watched on from the stands.

Amad is still yet to make his full career debut and has been restricted to five substitute appearances since completing his £37million transfer to in United in January.

The Ivory Coast international scored impressively in the Europa League last 16 draw with AC Milan and could make his first United start before the end of the domestic campaign.

"Amad has a chance on Tuesday, of course," Solskjaer said. "He is training well. Today, we felt the need for more defenders out there. I had different players in forward positions to put on and, of course, Edinson came on and scored a goal."

United did the league double against Leicester last season but drew at the King Power Stadium on Boxing Day and were beaten 3-1 in the quarter-finals of the FA Cup in March.

Leicester have reached their first FA Cup final since 1969 but are wobbling in the league and have dropped down to fourth following their 4-2 defeat by Newcastle on Friday.

Liverpool are six points behind Brendan Rodgers's side and have a game in hand but Solskjaer remains impressed by Leicester's improvement under the former Celtic coach.

"We’ve had two difficult games against them again this season," Solskjaer added. "They’re a very good team, Some very good individuals and again they’re fighting for a top four and they’ve got the FA Cup final to play for.

"I’ve said it many times about Brendan and his teams they’re a joy to watch and they play good football." 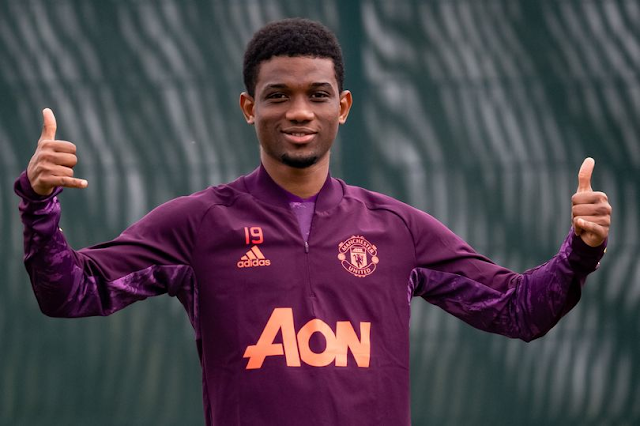