Man Utd could welcome Anthony Martial back from injury before the end of the season but he will have a new role to play if he does come back.

It was the perfect start to a hectic week for Manchester United fans as the club officially announced a new contract for star striker Edinson Cavani on Monday evening.

The Uruguayan striker, 34, has been in scintillating form over the last few weeks, scoring eight goals in his last eight appearances and will stay at Old Trafford for a second season after finally being won over by Ole Gunnar Solskjaer's sales pitch.

Not only does his contract extension immediately bolster the first-team squad, but it effectively delays plans to sign a long-term number nine until the 2022 summer transfer window when top targets Erling Haaland and Harry Kane should both be more attainable.

United's vision is still to add another world-class attacking option to their forward line in a year's time after Cavani's European swansong is over, with Solskjaer fully aware of the need for a robust focal point in his reshaped side.

In the mean time it seems certain Solskjaer will retain the same forward line which has guided his side to the Europa League final this season, with the addition of a new wide-man potentially on the cards in order to improve productivity in the final third.

Such a plan is one which brings both good and bad news for French forward Anthony Martial.

The 25-year-old has been out of action for the best part of two months since injury while away on international duty in late March but is now on course to be back in contention before the end of the current campaign.

However, it is harsh reflection on Martial that in his absence United have been playing some of their best attacking football of the season, with Cavani taking his game to another level during his timely purple patch.

While prior to injury there was some debate as to the best attacking line up at Solskjaer's disposal that discussion has been emphatically ended by the proven track-record of Cavani this calendar year.

Martial has played almost nine hours more than football than Cavani this season, but has just 7 goals from his 36 appearances, less than half of the Uruguayan's tally of 15 - a stat even more alarming when you remember two of those goals came in a 9-0 thrashing of Southampton.

Solskjaer insisted he wasn't concerned by Martial's tame season when quizzed on the matter after the Southampton win back in February, reiterating his faith in a forward who netted 23 times last term.

"I know Anto is working hard to get back to where he was,” Solskjaer stressed. “And he'll score goals. His attitude is very good. Form is sometimes temporary but class is permanent.

“The kid's got class. So when he works hard, we know it's going to come out with the good performances in the end.”

As a former forward himself Solskjaer holds an extra allegiance to Martial, but deep down he must have concerns over his long-term role at the club.

When fit there is simply no other option than to start Cavani with the veteran by far and away the best striking option available, yet there remain concerns amongst staff about his reoccurring fitness issues.

A smaller fixture schedule next season should ease some pressures on the veteran up front, which means Martial will remain the option in reserve eager to take a chance when any opportunity should fall his way.

With the priority on strengthening other areas of the pitch this summer Solskjaer will need to keep the France international happy with a largely back-up role, while time is ticking ahead of the expected arrival of a new striker in a year's time. 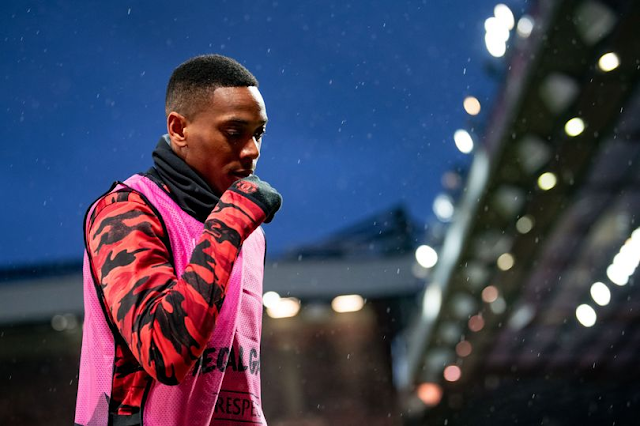