Anything you can do, I can do better. That’s what Joe Willock will have texted Marcus Rashford after Newcastle United‘s 4-2 win over Leice... 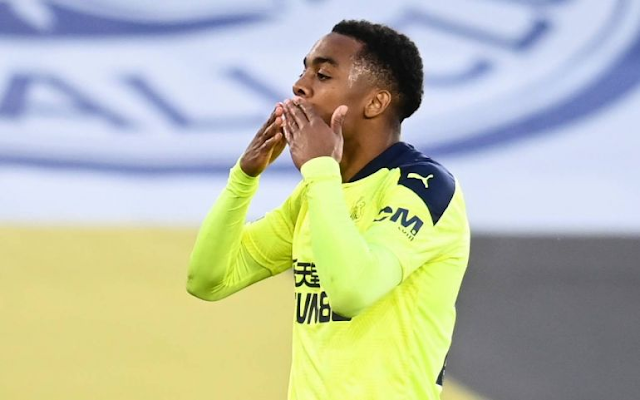 Anything you can do, I can do better. That’s what Joe Willock will have texted Marcus Rashford after Newcastle United‘s 4-2 win over Leicester City last night.

Willock, who has had a greater influence on the race for Champions League qualification than parent club Arsenal, scored the opening goal of the contest as Newcastle thumped Leicester to put themselves within touching distance of safety.

The 21-year-old has scored in four consecutive appearances for the Magpies, against Tottenham, West Ham, Liverpool and Leicester City, all of whom have been hoping to secure their spot in next season’s Champions League.

In doing so, Willock also achieved a feat comparable to Marcus Rashford in the midst of his meteoric rise to prevalence at Manchester United, as Goal’s Arsenal correspondent Charles Watts revealed via Twitter.

Arsenal fans must be scratching their heads as to why Mikel Arteta was so reluctant to give Joe Willock a chance, which left him with no choice but to leave the club on loan in January in a bid to prove himself.

Of course, performing at a club like Arsenal, with the expectations it brings, is more difficult, but Willock is an evidently talented player – he just needs to be given the opportunities to prove it.