When Bruno Fernandes stepped up to take Manchester United’s penalty against Aston Villa, the outcome was never in doubt. Fernandes sent Em... 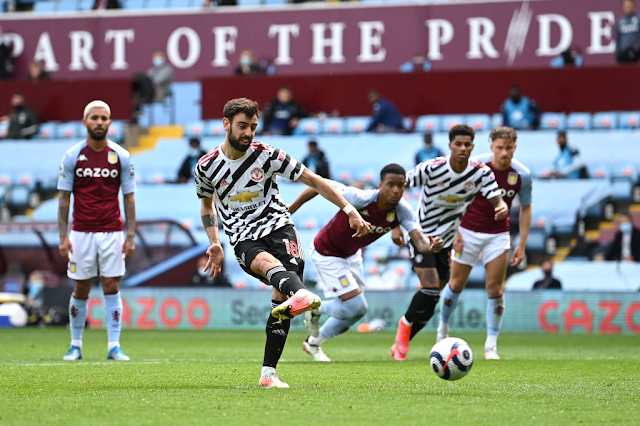 When Bruno Fernandes stepped up to take Manchester United’s penalty against Aston Villa, the outcome was never in doubt.

The equalising spot-kick brought United back into the game, with United going on to secure a 3-1 victory.

Fernandes’ record from the penalty spot is near immaculate. Only a miss away against Newcastle blemishes his otherwise perfect record. 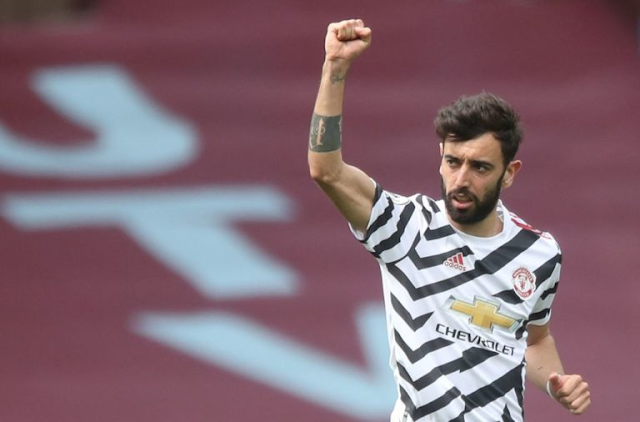 On course for all-time record

Bruno Fernandes is not quite United’s all-time leading penalty goalscorer. But he soon will be at this rate.

Fernandes has scored 21 penalties for United, that’s more than Eric Cantona (18), Cristiano Ronaldo (16), and Denis Irwin (12) among many others.

The difference is, Rooney took 559 games to record this figure, and Van Nistelrooy took 219 appearances.

At the rate he is going, Fernandes will break the all-time record during next season, possibly even before the end of 2021.

As Sergio Aguero comically showed everybody at the weekend, scoring penalties is not so simple.

It requires mental strength as well as technique, to constantly outwit goalkeepers who spent time researching the taker.

Fernandes has 39 total goals for United, just two fewer than compatriot Nani managed during his many years at Old Trafford.