Manchester United hero Bruno Fernandes registered two goals and as many assists during last week’s 6-2 win over Roma, yet he rejects the s... 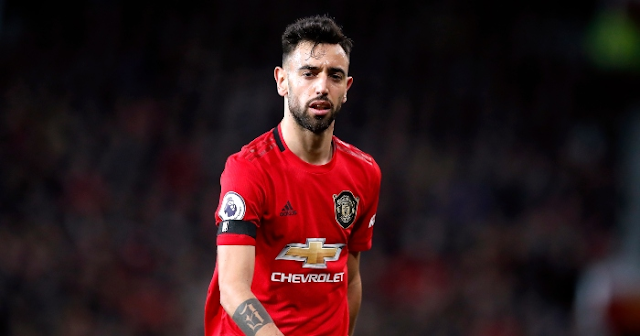 Manchester United hero Bruno Fernandes registered two goals and as many assists during last week’s 6-2 win over Roma, yet he rejects the suggestion it was his best performance as a Red.

The Portuguese magnifico holds himself to incredibly high standards and that is one of the many reasons why he has been such a massive success since moving to Old Trafford in January 2020.

Our no.18 wields a relentless desire to improve and now is aiming to deliver “two goals and three assists”, as he explained during a compelling press conference today. Asked if it is hard to maintain such top form after 50 appearances in a season, Fernandes was quick to answer with a response that reflected his personality.

“I hope to play more 50 again next season,” Bruno adamantly told journalists. “Honestly, for me, when you play for a club like this your standards have to be high. For me, my game against Roma was not the best, but in terms of numbers it was the best because of two goals and two assists for the first time.

“Of course, it was a good game. I think also individually I played really well. I want to improve - so maybe next time three assists and two goals. The most important thing for us is the way we win and we are closer to getting a trophy.”

While speaking to reporters via video link, Fernandes also spoke eloquently about his performances alongside two other key members of the squad: Paul Pogba and Edinson Cavani.

“It doesn't matter your place, everyone has something to say. The most important thing is the improvement of the team in the last few months and we have still have a lot to improve.”

Expanding on their value, he said:

“They are really important for us and the qualities they have - it is difficult to find [similar quality] on the market for a good price. I think everyone knows that the team is growing with their help, and it's important for us to keep our best players and keep improving as a team.”

Fernandes also spoke about the fan protests that led to Sunday’s Premier League match against Liverpool being postponed, admitting the players were disappointed the game didn’t go ahead.“Of course, for us, it was hard because we want to play football,” he said. “This is what it's about for us. We prepared well for the big game and of course the chance to play in this kind of game is always good.

“The team was ready to play. It was a good week for us, we played really well against Roma before and the confidence was high. This type of thing [the protest], we have nothing to say about that.

“The fans have their own words and they think it was the best for them and they did it, and we have nothing to say on that. Our focus is on playing football and doing the best for the club.”

Bruno also denied a report he had wanted to speak with supporters outside of the team hotel on Sunday, admitting he was watching a Serie A match in his hotel room.“It is not your friend before the one who said that?,” Fernandes asked a reporter. “He put that on the news. I don't know who told him that.

“I was in my room watching football because it was Udinese against Juventus. I never tried to come outside; no-one tried to go outside. We just did what security told us. We just stayed in our room. If someone tried to go out, I don't know. I didn't see anyone try and come out.”