Charlie McNeill can’t stop scoring. The Manchester United youngster netted two more goals for the under-18s in a 4-2 in over Leeds. McNeil... 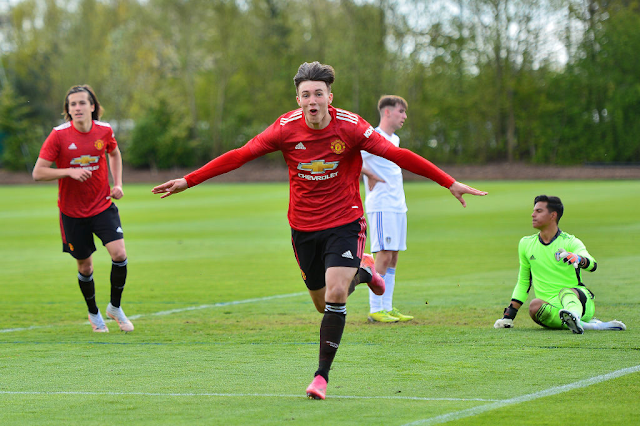 Charlie McNeill can’t stop scoring. The Manchester United youngster netted two more goals for the under-18s in a 4-2 in over Leeds.

McNeill’s United were trailing 1-0 at half-time, before turning the tie around with three goals in the first 15 minutes of the second half.

United’s first goal came courtesy of a McNeill assist. The young striker crossed the ball for Dillon Hoogewerf to head in, his ninth goal of the season. 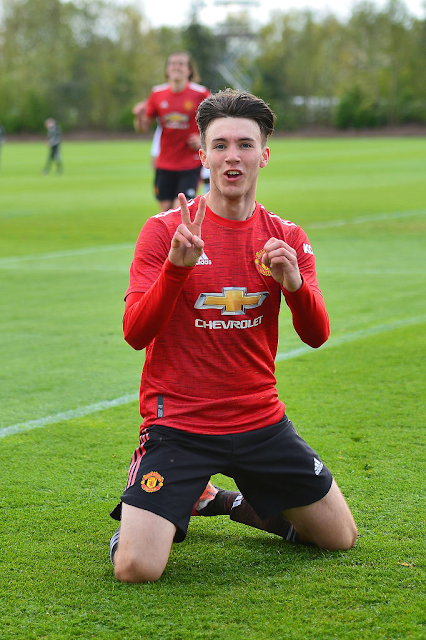 McNeill then scored two more goals, with Hoogwerf turning provider, to put United into a 3-1 lead.

Leeds then pulled a goal back before a late goal from Charlie Wellens wrapped the game up, after being played in by substitute Omari Forson.

It’s possible to make those figures look better by discounting his one substitute appearance for the under-23s. For the under-18s alone he has 22 in 22.

Taking away his one goal in two FA Youth Cup games, McNeill has a record of 21 goals in 20 under-18 league matches.

Whichever way you slice the statistics, it’s a phenomenal record for a player who signed for United from City at the start of the season.

United’s under-18s have an eight point lead at the top of the table with one game remaining.

But rivals City have three games in hand and can overtake United if they win all of them.

It may be better to have the points in the bag at this stage though. 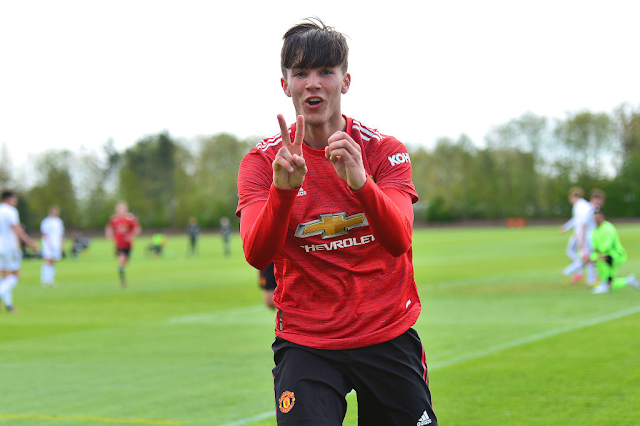 United’s final game of the under-18 season will be against Middlesbrough next weekend. A win will put pressure on City to win their matches.

Whatever happens in the end, United’s under-18s have been a joy to watch this season and the future looks bright. McNeill has been a key part of that.