Cristiano Ronaldo produced many spectacular strikes for Manchester United - but his greatest assist for the club arguably isn't talked a... 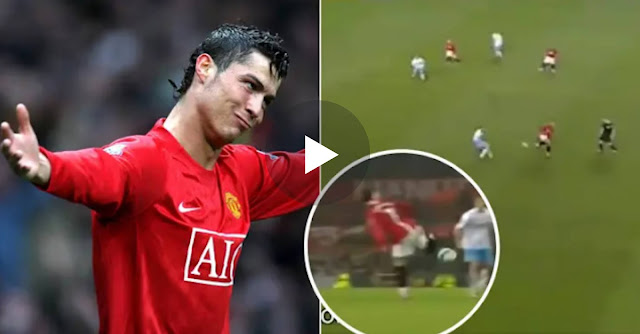 Cristiano Ronaldo produced many spectacular strikes for Manchester United - but his greatest assist for the club arguably isn't talked about enough.

It was 2008, the year Ronaldo won his first Ballon d'Or, that he delivered a breathtaking piece of showboating skill. Man United were already 3-0 up against Aston Villa - Ronaldo having opened the scoring - when the magic happened.

Ronaldo was standing centrally when the ball was played to him - and he responded with one touch: a no-look, backheeled pass, which totally cut out the defender and went perfectly into Wayne Rooney's path.

Rooney slotted it home to seal a 4-0 win with a memorable goal, made entirely by Ronaldo's vision and audacious ability.

Overall, Ronaldo concocted a hat-trick of assists on that day 13 years ago, as Villa were torn apart. Manchester United would go on to win the Premier League and Champions League that season, as Ronaldo netted 42 goals in 49 games.

However many Man United supporters - and football fans in general - lovingly recall the days when Ronaldo was as happy creating a wonderful goal as he was finishing one off.

And his assist for Rooney against Aston Villa is a perfect reminder of what doesn't get talked about enough: what an incredible creative force Ronaldo was at his best.