Exactly 18 years ago today, David Beckham made his final appearance for Manchester United and signed off with a goal in a 2-1 win over Evert... 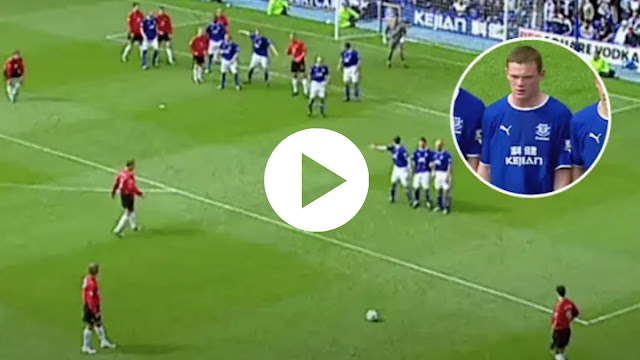 Exactly 18 years ago today, David Beckham made his final appearance for Manchester United and signed off with a goal in a 2-1 win over Everton on the final day of the 2002/03 Premier League season.

By the time United travelled to Goodison Park on 11 May, the Premier League title was already in the bag following a 4-1 rout over Charlton at Old Trafford on 3 May, coupled by Arsenal's shock 3-2 defeat to Leeds United a day later.

Everton, who were still in with a chance of achieving qualification to Europe with a win, had their tails up when Kevin Campbell struck early on to put the Toffees in the lead against the newly-crowned champions.

But United, who fielded a strong side despite having the title wrapped up, levelled just before half-time, as Beckham scored his final goal for the club in what his last appearance before he moved to Real Madrid for a fee of 35 million euros in the summer.

The former England captain stepped up to the mark when Ole Gunnar Solskjaer was fouled around 20 yards and delivered one of the greatest free-kicks of his career - scoring his 11th goal of the campaign in vintage fashion.

The last Beckham goal for Manchester United was something else.pic.twitter.com/4QqHHTbEA3

The technique on the in-swinging curler was utterly sublime as it raced past a wall featuring a young Wayne Rooney.

Beckham practiced and perfected his free-kicks since being a youngster and it was only fitting that his final United goal was a set-piece stunner - the sort of goal he regularly produced when donning the United shirt.

A late Ruud van Nistelrooy penalty meant that United ended the season in victory before their celebrations got under way when they lifted the Premier League trophy at the end of the game. 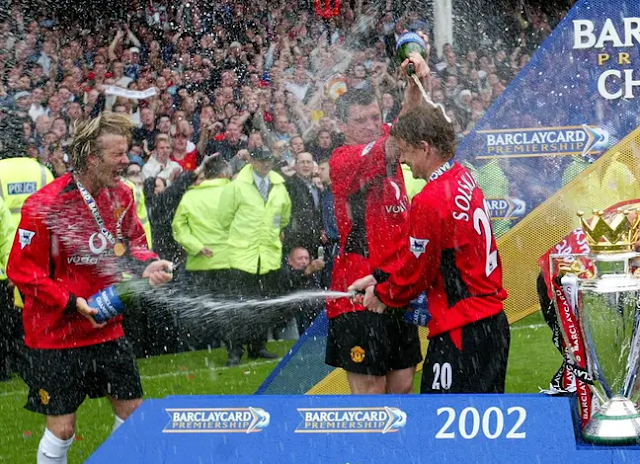 Beckham swapped Old Trafford for the Bernabeu having scored 85 goals in a total of 394 appearances for the club, where he won six Premier League titles, two FA Cups and one Champions League.