In-form striker Edinson Cavani has agreed to remain at Manchester United for a second season after making an impressive impact Edinson Cav... 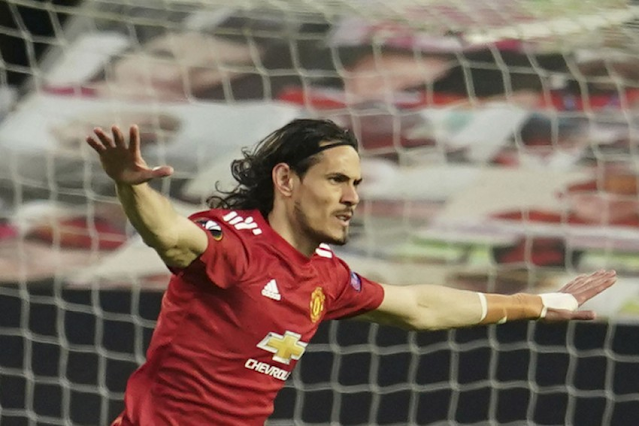 Cavani joined United as a free agent on transfer deadline day last October and has scored 15 goals in his first season in England.

The in-form striker was only contracted to the Red Devils until the end of next month, but he will remain at Old Trafford.

Cavani looked set to be on the move again after his father, Luis, in stated in March that the Uruguay international was not happy at United and wanted to join Boca Juniors.

After he completed the scoring in Sunday's 3-1 win at Aston Villa, United boss Ole Gunnar Solskjaer gave a strong hint that the in-form 34-year-old would be going nowhere and that has now been confirmed.

2 - Edinson Cavani is the first player to score 2+ goals in both legs of a two-legged semi-final in a major European competition since Klaus Allofs for 1. FC Köln v KSV Waregem in the 1985-86 UEFA Cup. Bracing. #ROMMUN pic.twitter.com/CRqEIfg8Pw

Cavani told the club's official website: "Over the season, I have developed a great affection for the club and everything that it represents. I feel a deep bond with my team-mates and the staff who work behind the scenes here. They give me extra motivation every day and I know that, together, we can achieve special things.

"From the very first moment that I arrived, I felt the confidence of the manager. As a player, this belief gives you the perfect opportunity to play your best football and I want to thank him for that.

"I have been touched with how much the supporters have wanted me to stay, and I will give everything to bring them happiness and joy with my performances on the field. I've not yet been able to play in front of the Old Trafford crowd and that is something that I cannot wait to do."

The former Paris Saint-Germain and Napoli frontman has scored eight goals in his past seven matches for United, who look set to finish second in the Premier League table behind neighbours Manchester City.

Five of those strikes - including doubles in both legs of a resounding semi-final success over Roma - have helped the Red Devils set up a Europa League final against Villarreal in Gdansk on May 26.