Edinson Cavani storms in to protect Mason Greenwood as his Man United team-mate is confronted by Roma defenders... after helping side book Europa League final date

Edinson Cavani was goalscorer turned bodyguard on Thursday, after storming in to defend team-mate Mason Greenwood from a bust-up with Roma defenders.

The Uruguayan struck twice in the Italian capital as Manchester United booked their spot in the Europa League final, despite losing 3-2 on the night.

The 34-year-old has proved many doubters wrong by bagging 14 goals so far this season, and though his future at Old Trafford is uncertain he demonstrated his commitment to the United cause by backing-up a young team-mate.

You mess with Mason Greenwood... 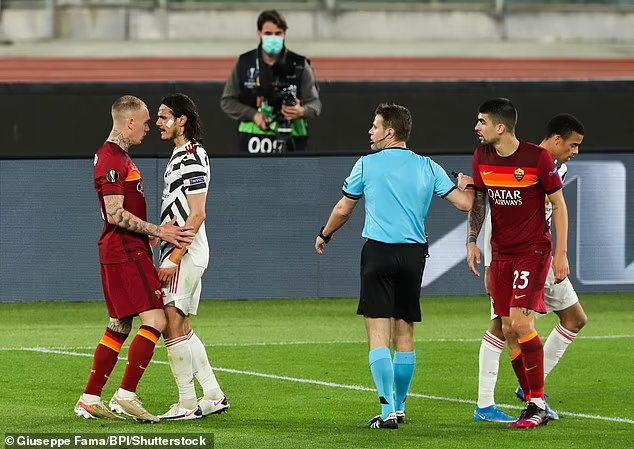