Ferdinand: Man U stars face ‘difficult’ call on whether to be a ‘political pawn’

Rio Ferdinand has suggested that Manchester United players did not want to become a “political pawn” when the Glazers first took over. The... 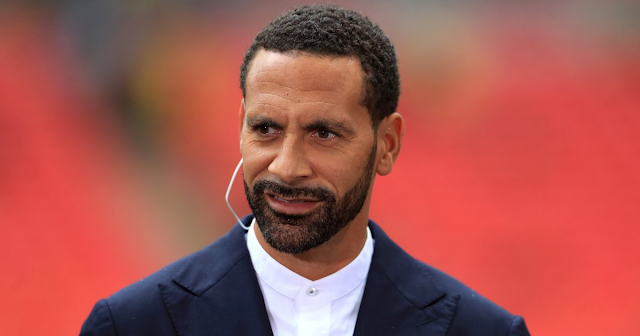 Rio Ferdinand has suggested that Manchester United players did not want to become a “political pawn” when the Glazers first took over.

The Glazer family have been under fire of late as a result of their involvement with the controversial European Super League.

Fans of ‘big six’ clubs have been protesting of late and the most impactful of these came on Sunday ahead of Man United’s game against Liverpool.

Thousands of supporters protested outside Old Trafford and a few hundred made their way into the ground before the game was called off a few hours later.

Speaking on his Vibe with Five podcast, as cited by MEN, Ferdinand claimed that United’s players will be in a “really awkward” position at the moment:

“It’s a difficult one – I was there when the Glazers came and, as a player, you’re in a really awkward position as we don’t want to be a part of the business end of the club.

“We’re there just to play football, we don’t want to be caught up in the politics. All the players want to do is go to training, get ready for a match and go out in front of fans around the world and win – that’s all you’re concerned with.

“When the Glazers came in, we knew all the green and yellow scarves were coming out and we were requested to come out and speak, but you didn’t want to be a political pawn.

“Yes, there’s a right side and a wrong side as well, but you just want to play football and be the best you can be for the club.

“The problem you have as a player is, if you do speak out, what then happens? Do you get sacked, fined or told to leave the club?

“It’s the club you’ve wanted to play at for years and you’ve finally got here, so are you going to jeopardise that?”

BREAKING: Angry Manchester United fans are staging a protest against the club's owners after getting inside their Old Trafford stadium.

Ferdinand added that the likes of Marcus Rashford, Harry Maguire and Paul Pogba would want to speak out:

He added: “I can feel someone like Rashford, Maguire or Pogba will want to speak in their heart of hearts but, at the same time, it’s a tug of war, so it’s very difficult.

“This situation is slightly different as it’s more about football than just one club and the Super League was going to destabilise the whole pyramid and football in our country, so it’s a different situation and players put things out here and there.

“Sunday, I think the guys would have been sat in the hotel thinking ‘make the protest, we’re happy for you to do that, but please let us play’, that’s how the players would be thinking.”