KANE TO ASK SPURS TO CONSIDER SALE Harry Kane will ask Spurs chairman to consider selling him this summer, according to the Sun. The paper... 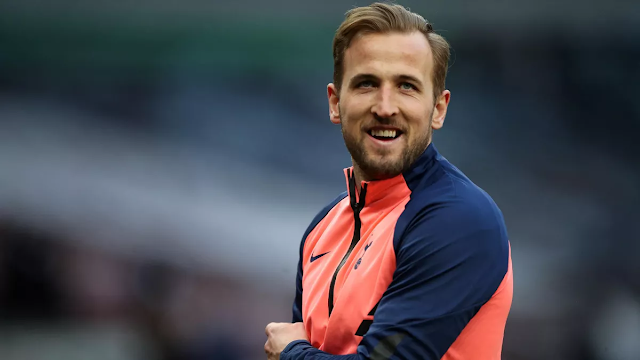 KANE TO ASK SPURS TO CONSIDER SALE
Harry Kane will ask Spurs chairman to consider selling him this summer, according to the Sun. The paper says that a bid of £90 million might be enough to secure the 27-year-old striker after he grew frustrated with the clubs inability to challenge for honours, or even a Champions League place so far this summer. Manchester United are said to be keen on his services.

Harry Kane ready to ask Tottenham to listen to offers this summer as Man Utd line up bidhttps://t.co/82mFxHYdhl

HARRY KANE is ready to ask Daniel Levy to consider offers for him this summer.

Tottenham’s defeat at Leeds leaves them needing a miracle to qualify for the Champions League next season - and Kane could make things even worse for Levy.

The striker was already considering his Spurs future as he ponders the prospect of never winning major trophies.

Champions League football was seen as a minimum requirement to keep him happy and Tottenham’s hopes of securing a place now hang by a thread.

They need to win their last three games and pray three other clubs slip up.

Kane is aware chairman Levy has no intention of letting his star player go unless he formally asks for a transfer.

SunSport understands the 27-year-old will stop short of requesting a move but the hope is by appealing to Levy to be open to bids, it may see a big-money move set up.

It is the clearest indication yet Kane could decide he has run his course in North London after joining the club academy in 2004.

Spurs have remained resolute in the position they do not want to sell, with the added confidence Kane still has three years on his existing contract.

There has been a belief they could keep the striker for another season to see if the team can challenge next year and if things do not work out they would be happy to let him leave in 12 months.

But the manner of Tottenham’s dismal fall from even a top-four spot this season, plus the uncertainty over who will be the next manager, has led Kane to consider his options.

It would take a huge bid to tempt Levy, who prices Kane around £175million, but football’s post-Covid finances may make such a figure unachievable.

Manchester United are considering  a bid close to £90m despite Levy’s insistence he would never sell to a Premier League rival.

And Spurs also feel the transfer market may be stronger in a year, as clubs recover from the pandemic, meaning they could get more next summer even though Kane would be nearing 30.