Fernandes has had a stellar individual season Bruno Fernandes has enjoyed another oustanding season and the statistics confirm his excelle...

Bruno Fernandes has enjoyed another oustanding season and the statistics confirm his excellence.

It was February 2020 and 73,000 people were in Old Trafford to watch Manchester United draw 0-0 against Wolves.

No one could have predicted that just one month later the world would have changed beyond recognition, but despite the goalless draw, supporters were introduced to Bruno Fernandes, the playmaker dancing around the floodlit Old Trafford turf on his debut.

If that was the last and only time fans had the pleasure of watching Fernandes live, they would have been denied the chance to marvel at the 26-year-old's brilliance, a player that represents the glory days of old, boasting the perfect blend of skill and arrogance.

If that was the last and only time fans had the pleasure of watching Fernandes live, they would have been denied the chance to marvel at the 26-year-old's brilliance, a player that represents the glory days of old, boasting the perfect blend of skill and arrogance.

Fernandes is a throwback to some United greats, and when 10,000 supporters finally returned against Fulham, watching the Portugal star was likely made all that sweeter because they had to wait for it, something they'll hopefully never have to do again.

If Fernandes had never boarded that flight from Libson to Manchester, it's hard to fathom where United would be right now, it's not ludicrous to suggest they wouldn't be second in the Premier League and they wouldn't be in the Europa League final, for example.

While his performances on the pitch in isolation have been paramount to United's progress, Fernandes has proved to be the catalyst the club needed to execute the radical mentality shift Ole Gunnar Solskjaer was trying to impose, his leadership qualities invaluable.

Fernandes has watched City win the league title this season, but while he'll undoubtedly be hurting, there's cause for optimism on a personal note, as the statistics suggest he's surpassed Kevin De Bruyne as the division's best playmaker this term.

The United midfielder leads on two important metrics, to begin with, Fernandes has created the most 'Big Chances' this season (20) according to Premier League Stats Centre, with De Bruyne trailing in second (17) and Harry Kane (14) alongside others joint in third.

In the modern-day game, it's important to use Expected Assists (xA) in the analysis of playmakers, because xA is a true reflection of a player's ability to create chances, the increasingly popular metric measures the likelihood that a given pass will become a goal assist.

In layman's terms, xA still rewards players for getting the ball into the recipient, regardless of whether the chance is converted or not.

According to Infogol, Fernandes has generated 11.2 xA this season which is the highest in the division, and once again De Bruyne (9.3 xA) and Kane (7.2 xA) - who leads the actual assists made tally in the Premier League - fall short of his incredible numbers.

If that wasn't impressive enough, it's also worth analysing Thomas Muller's numbers, because the German has made the most assists (22) in Europe's top five leagues, but he's actually behind Fernandes on Expected Assists after recording just 10.9 xA in the Bundesliga.

Some will feel they don't need statistics and numbers to tell them what they already know - that Fernandes has had an outstanding campaign - but they certainly offer depth and layers to that conclusion, with the hard data proving just how good he really is. 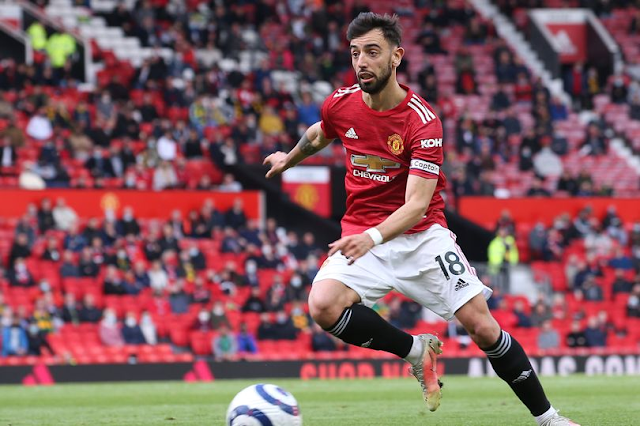