Ole Gunnar Solskjaer wants "two or three" signings ahead of next season but where would they fit in - so who could be joining Harry Kane if he makes the move to Old Trafford?

Harry Kane, Jack Grealish and Jadon Sancho have all been linked with a move to Old Trafford as the Red Devils try and wrestle back the trophy from the blue half of Manchester.

Despite being the second top goal scorers in the Premier League this season, only behind neighbours Manchester City, the top end of the pitch seems to be the priority for Solskjaer.

If United were able to add Kane, Grealish and Sancho to their ranks, what would that mean for the likes of Bruno Fernandes, Marcus Rashford and Paul Pogba?

The most appealing line-up with fresh faces, attacking fluidity and every big name on the team sheet.

The addition of Sancho would enable Pogba to drop deeper and play alongside Fernandes who often comes deep to collect the ball.

In recent weeks the Frenchman has often been deployed as a left-midfielder, dropping in and out of the starting line-up.

A return to the middle of the park may be more suited to Pogba who has twice as many goal contributions when playing in central role rather than out wide.

If you splash out on a fancy new forward line, you want to see them start. Option two provides a more defensive formation for when United are up against the top teams in Europe.

Kane, if signed, has to be the first name on the team sheet. The England captain has consistently hit over 30 goals in all competitions for the past seven seasons.

Out wide, it's a battle between Grealish, Rashford and Sancho for a starting berth, a battle that could extend to the National side with England.

Grealish and Sancho have managed 35 goal contributions between them in 50 combined appearances and so edge out Rashford who hasn't hit the same dizzy heights as his compatriots.

Fred and McTominay start alongside Fernandes, as Solskjaer has favoured when playing against higher quality opposition.

An option that is undoubtedly less likely than the previous two, but worth considering nonetheless.

Rashford and Kane have played together for England on no fewer than 25 occasions. In that time they combined for five goals between themselves.

To put that another way, the return between Rashford and Kane for England has been more prolific than the partnership between Kane and Son during their time together at Tottenham.

With that in mind, it's surely worth considering Kane and Rashford up front together if United were able to land the current England captain. 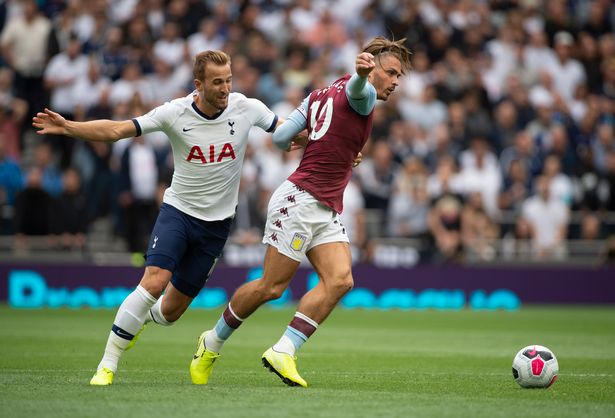