While Barcelona do need to add some quality and experience this summer, they do have the positive situation of having several exciting you... 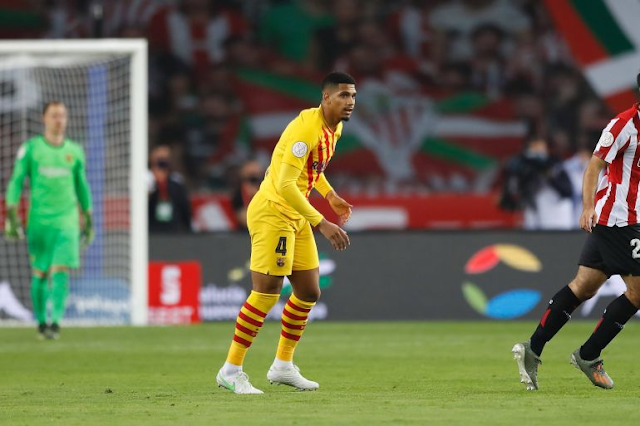 While Barcelona do need to add some quality and experience this summer, they do have the positive situation of having several exciting young talents do build on.

Ansu Fati, Trincao and Pedri all look promising in the attacking areas, while Oscar Mingueza and Ronald Araujo are also started to emerge as talented options in defence.

Araujo had a true breakout season this year as he managed to feature in over 30 games for the senior side, so there will be hopes that he can build on that and fully establish himself next year.

He’s not been completely perfect and there have been some growing pains as he gets used to a higher level of football, but he’s certainly done enough to earn a new contract as his deal runs out next summer.

A report from ESPN has confirmed that he’s yet to sign a new deal, but these comments from the player certainly suggest that he should put pen to paper if an offer comes along:

“I am very happy to be in Barcelona, I hope to be there for many years and give my best in each season. I have one more season left on my contract, which runs until 2022; I still do not know the issue of renewal, my representative is in charge of that, I am calm, I hope I can continue in the club.”

There should be more chances for him next year as Gerard Pique is getting older, Clement Lenglet is often scapegoated for his mistakes and Samuel Umtiti may just be a myth at this stage, so the future certainly looks bright.