The Man Utd and England star has revitalised his career after joining West Ham on loan. Jesse Lingard admitted the opportunity to get regu... 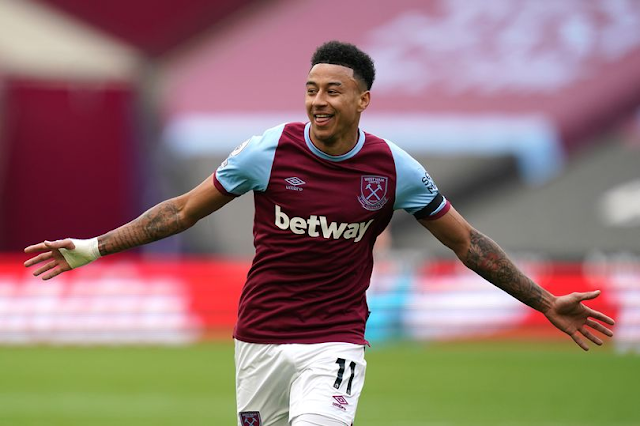 The Man Utd and England star has revitalised his career after joining West Ham on loan.

Jesse Lingard admitted the opportunity to get regular game-time and play under former mentor David Moyes were key to his decision to join West Ham on loan in January.

The Manchester United midfielder has enjoyed a stunning spell on loan with the Hammers in the past few months, becoming a mainstay in Moyes' side and scoring nine goals, helping West Ham to the brink of European qualification.

Lingard, 28, now appears to have plenty of options this summer and could leave United on a permanent deal if there is sufficient interest.

And he admitted he needed a change of scenery, having been mainly a back-up option at United under Ole Gunnar Solskjaer.

Speaking to West Ham's official website ahead of their game against Southampton — which could prove to be Lingard's final game for the Hammers — he reflected on why the loan spell has gone so well.

"The lads have been brilliant, the staff have been brilliant and they’ve put confidence in me to play and do well. I was already ready to play from many months ago so to play the first game at Villa seems a lifetime ago now that we’re near the end of the season, but it’s been a brilliant experience and I’ll take away so many memories.

"It's just about consistency and performing at a high level week-in, week-out, which I’ve been trying to do and which I’ve been doing over these past few months and hopefully now it’s a big push towards the end of the season."

Lingard admitted his relationship with David Moyes was key to the move, and why he's performed so well at the London Stadium. Moyes managed Lingard when he was a youngster at United in the 2013/14 campaign.

He added: “Yes, once you have that connection it’s always useful and it’s always helpful. I’ve said in previous interviews that he obviously let me go on loan to Birmingham [from United] and that was a decision for me and my family and the manager understood I needed to get games and go out and play.

"It’s kind of the same this time because he wanted me here and he wanted to put me out there and showcase what I can do.”