Every manager has that one player that they always want to sign when they move club, and for Jose Mourinho that appears to be Nemanja Mati... 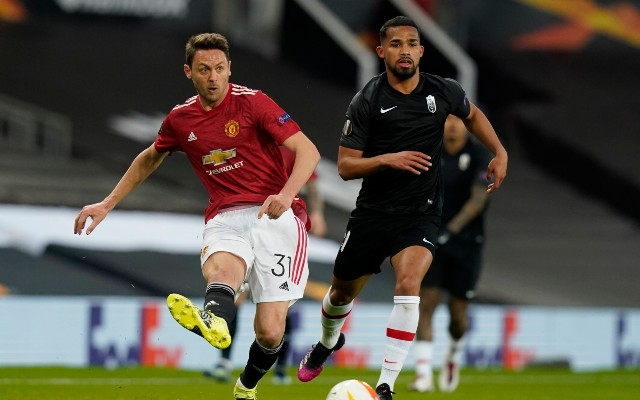 Every manager has that one player that they always want to sign when they move club, and for Jose Mourinho that appears to be Nemanja Matic.

It was a surprise that he didn’t seem to make a huge effort to take him to Spurs, but it looks like the Man United midfielder could be on his was to Serie A after Mourinho was appointed as the Roma manager for next season.

Football Italia have reported that Matic is one of the key names that Mourinho has given as he starts to draw up transfer plans, and it’s hard to see Man United standing in the way of this one.

Matic has played in over 30 games this season so he’s still a regular member of the team, but he’ll turn 33 in the summer and his lack of pace is a big problem in the Premier League.

It’s confirmed that he’s under contract until 2023 so a fee may be required, but allowing him to go would free United up to take a younger and more effective replacement in the summer market.

Matic is trusted by Mourinho and he should be more suited to Serie A where his tactical awareness and composure on the ball will be more appreciated, so this could work out well for everyone.