Ahead of their next meeting tomorrow night, Liverpool manager Jurgen Klopp really feels for his arch-rivals, Manchester United. Liverpool ... 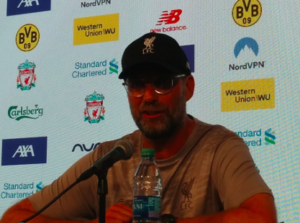 Ahead of their next meeting tomorrow night, Liverpool manager Jurgen Klopp really feels for his arch-rivals, Manchester United. Liverpool at United, take two, will be staged on Thursday night, after the original Sunday matinee fixture got canceled due to supportings breaking into the stadium and damaging the pitch.

Ideally, the league should have just played this match the next night, but instead they dealt United a bad set of cards. This match will be United’s third Premier League fixture in five days, and Klopp labels this development “a crime.” 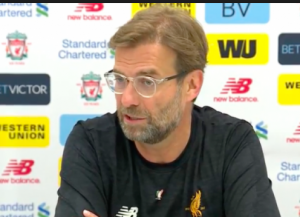 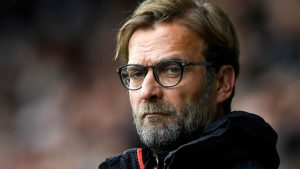 United manager Ole Gunnar Solskjaer heavily rotated his squad for United’s match last night, a 2-1 loss to Leicester City. He went with a team full of reserves and youth.

When asked, at a news conference, if this decision must have been frustrating, Klopp responded:

“It was the lineup that I expected because I knew he had to make changes. They play on Sunday, Tuesday and Thursday and I’ve said this many times, with all the things that happened, to play Sunday-Tuesday-Thursday is a crime. 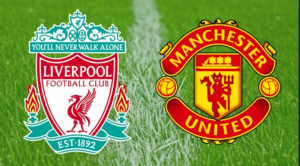 “It’s not the fault of Ole Gunnar Solskjaer and the players, so if it was me, would I have done the same?

“We are late in the season, United make it through to the European final and now you get Sunday-Tuesday-Thursday, that’s not possible. I’m not the guy who makes the fixture list but when we thought about how it could work out on the day the game got cancelled, we made out fixtures on the bus and there was no Tuesday-Thursday games.

“But that didn’t happen and the explanation from the Premier League was that no other teams should suffer because of what happened in Manchester but that didn’t work out pretty well.”

For United, the meaning of this match lay entirely in the spirit of the rivalry, as they have top four pretty much sewn up. Meanwhile Liverpool are still fighting for their UCL qualification lives. They do have a game in hand on fourth place Chelsea, but trailing the Blues by seven points, anything short of a win here essentially eliminates their bid to finish top four.

Klopp added: “But, if we don’t qualify for the Champions League, it is not the fault of Ole Gunnar Solskjaer’s team selection or the Premier League — it is our fault.”