Manchester United are gearing up for an important transfer window as they bid to close the gap to Manchester City.

The transfer rumour mill is already swirling with names and potential targets as Ole Gunnar Solskjaer finalises his preparations for the Europa League final.

Away from the camp, discussions have already begun between technical director John Murtough, Solskjaer and the board, as United bid to strengthen their squad.

The upcoming European Championships gives United even less time to finalise any transfers, with players often refusing to negotiate until after a summer tournament, meaning time is of the essence.

There are several scenarios that could play out in the transfer window - MEN Sport takes a look at the best and worst possible outcomes.

MEN Sport understands that signing a centre-back and a midfielder is United's summer priority.

It was reported on May 14 that United have held talks about a move for Real Madrid defender Raphael Varane, who has only one year left on his contract.

The Frenchman could leave the Bernabeu after being left dismayed at the discrepancy between his offered salary and his teammates, despite Madrid offering him the club captaincy as part of the deal, with Sergio Ramos set to leave in the summer

Equally, Real do not want Varane to leave for free and have valued him at £60million. Villarreal defender Pau Torres is also of interest.

United have also not ruled out a move for Jadon Sancho. The Englishman is keen on a move to Old Trafford after a deal collapsed last summer.

Borussia Dortmund are much keener to sanction a deal this year, in a bid to fend off interest for Erling Haaland. The Bundesliga side have all but confirmed they are willing to cash in on Sancho, out of contract in 2023.

The future of Paul Pogba will dictate the arrival of a new central midfielder. In an ideal scenario, most Manchester United fans would like to see the Frenchman pen fresh terms, which seems more likely now than in the previous two summers.

Should Pogba stay, then the final piece of the jigsaw would be a striker. MEN Sport previously reported that Haaland was the choice of Solskjaer and Murtough but have now shelved immediate plans after Edinson Cavani signed a new one-year extension.

However, the emergence of Harry Kane's desire to leave Tottenham Hotspur could force United into action. The 27-year-old has been previously scouted by the club and although dealing with Daniel Levy will be difficult, never say never.

In respect of outgoings, Phil Jones, Jesse Lingard, Andreas Pereira could all be sold to raise funds, whilst Brandon Williams looks set for a season-long loan move in the Premier League.

On the flip side, nothing is guaranteed in football and things could unravel pretty quickly.

Should Varane sign a new deal with Real Madrid and Torres move to another of the interested clubs, it would leave them struggling to adequately strengthen that position.

In desperation to add another member to the defence, they could overspend. Ben White has enjoyed an impressive debut Premier League campaign but it's unclear if he'd be an outright upgrade on Victor Lindelof at this moment in time.

The Brighton defender is keen on a move to United but Brighton would demand somewhere between £30-50million.

Who should Manchester United sign in the transfer window? Have your say in the comments section here.

As hopeful as United remain that Pogba could stay, he could equally leave. If he does, finding the right buyer, at the right price, is imperative.

Sourcing his replacement won't be easy either, with Declan Rice likely to cost up to £100million. The worst-case scenario could be that United don't sign a replacement at all.

In respect to attackers, having paid somewhere in the region of £46million for Facundo Pellistri and Amad, Solskjaer may decide he doesn't want another right-winger, with Mason Greenwood blossoming.

Equally, Haaland and Kane could prove too expensive and the club decide to stick with Cavani, Anthony Martial, Marcus Rashford and Greenwood as their striking options. 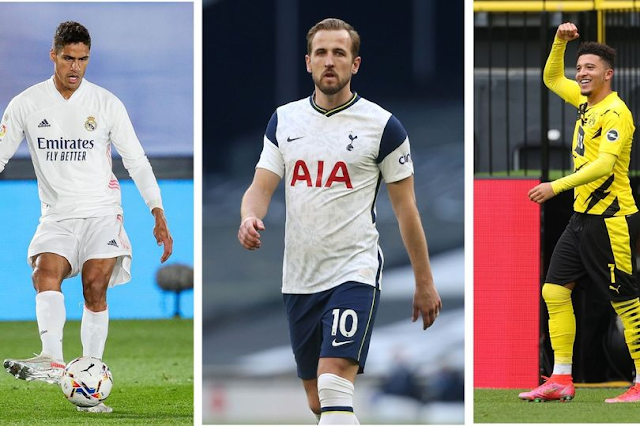