According to Eurosport, Lionel Messi is happy to sign a new contract with Barcelona, that would be on reduced terms, should the club demon... 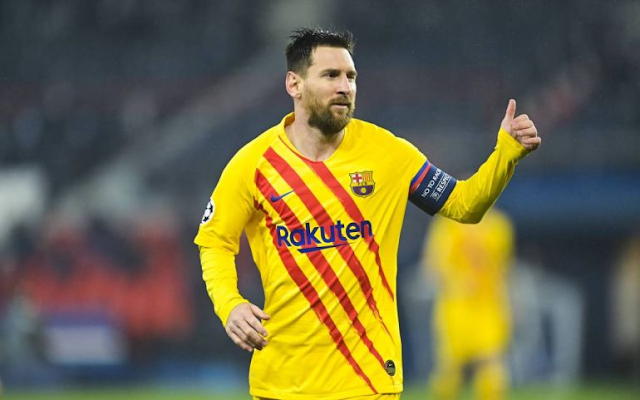 According to Eurosport, Lionel Messi is happy to sign a new contract with Barcelona, that would be on reduced terms, should the club demonstrate some ambition in the summer transfer window.

Eurosport report that Messi has informed newly-crowned president, Joan Laporta, of his openness of trimming his €40m-a-year net (after deductibles like tax) salary if investment is made this summer.

It’s added that the six-time Ballon d’Or winner’s priority is to stay in Catalonia, despite having already received an offer from Paris Saint-Germain, amid a decent turnaround to the Blaugrana’s season.

Eurosport stress that Messi remaining at the club is ‘contingent’ on the side competing for next year’s Champions League, which will only happen with some summer help owing to their recent woes here.

It’s claimed that Laporta has already told Messi that the club are working on a deal for the prolific Erling Haaland, but a deal would be impossible to finance if Messi doesn’t lower his €40m-a-year net pay.

Eurosport have actually found that Barcelona would require external investment to finance a deal for Haaland, even if Messi accepts a new contract on reduced terms.

Things look much better on the Messi front than they did last summer, when the forward asked to leave the club, but saw his request denied by both Barcelona and La Liga – keen to protect their best asset.

The bane of the superstar’s existence, Josep Maria Bartomeu, has since resigned and been replaced as president, whilst the team have won the Copa del Rey and are challenging for the La Liga title.

Messi has been phenomenal as usual over the season, scoring 36 goals and providing 14 assists in 43 appearances across all competitions so far.