Transfer News: Manchester City ahead in the race for Manchester United target Nuno Mendes According to transfer news from Express, Manches... 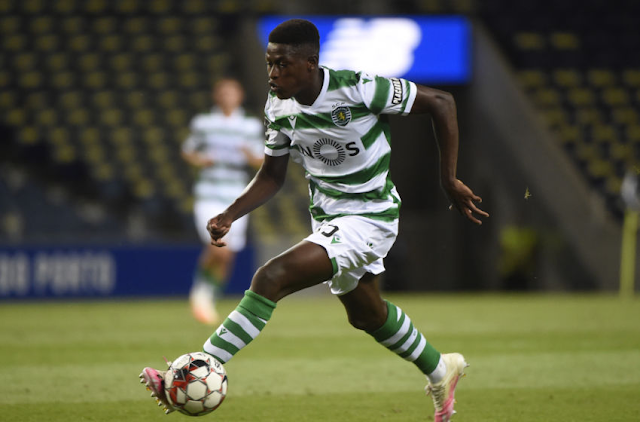 According to transfer news from Express, Manchester City appear to be leading Manchester United in the race for Nuno Mendes. Pep Guardiola’s side are looking to offer a lucrative player plus cash deal to lure the Sporting CP starlet.

The 18-year-old is coming off an excellent season that has cemented his reputation as one of the best young talents on the continent. He has made 35 appearances for Sporting this season, scoring once and assisting twice. (h/t Transfermarkt).

Mendes’ performances have also earned him a spot in defending champions Portugal’s squad for this summer’s Euros. It represents an excellent chance for the teenager to take his game to a bigger audience.

His performances not just garnered the attention of United but also Manchester City. With Chelsea also in the fray, the Red Devils will not have it easy.

Now, it appears that Manchester City have jumped ahead of the queue for Mendes. The English Champions are set to offer £52million as well as Pedro Porro for the 18-year-old left-back.

Porro is currently on loan at Sporting but the deal could be made permanent with Mendes heading the other way.

While United have shown interest in the player, there are a number of reasons that could prevent them from securing his signature this summer.

With Luke Shaw and Alex Telles already at the club, it makes little sense for the Red Devils to go big on Mendes. Nonetheless, City are already making moves for the Portuguese sensation which could ultimately lead to United missing out on him.