He remains the most feared striker in Europe’s top five leagues, and that’s no wonder considering the regularity with which Erling Haaland... 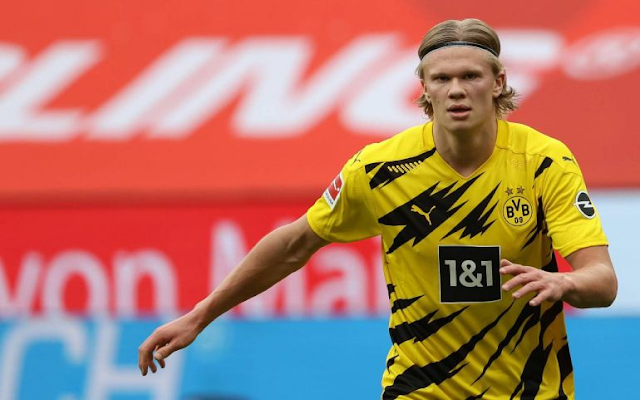 He remains the most feared striker in Europe’s top five leagues, and that’s no wonder considering the regularity with which Erling Haaland continues to find the net for Borussia Dortmund.

The attacker might not be turning out for the Bundesliga giants for much longer, however.

Man United and Man City are just two teams that are interested in acquiring his services, with his low £68m release clause taking effect a year from now.

One can then expect an auction between many of European football’s heavyweights, albeit there’s still a chance of buying him this summer if any club is willing to stump up the cash.

The player is contracted to Dortmund until 2024, so any deal is going to be difficult to do, but not impossible.

More so when you factor in that the player himself hasn’t ruled out the move.

“I have not taken a position on that [his future],” he was quoted as saying by the Daily Mail.

“After this international break I will go on vacation, and then I will report for pre-season.”