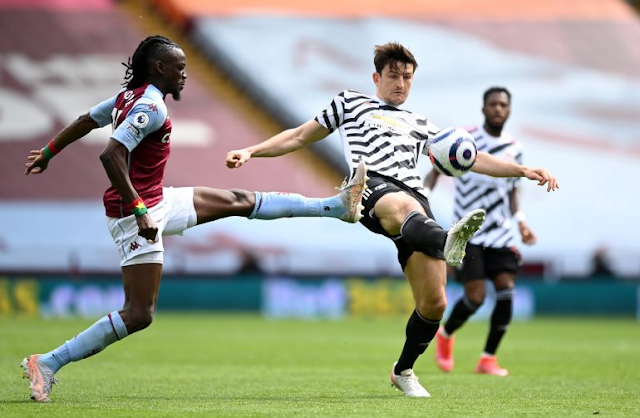 In the 42nd minute of the tie, with United down 1-0 after some sloppy defending, Villa star Ezri Konsa went down after winning an important duel with Bruno Fernandes in a head injury scare.

Samuel Luckhurst of the MEN reported that Harry Maguire took offence to the decision from referee Chris Kavanagh to stop the play and then award the Villains a free-kick.

Maguire fired off an expletive to the lead match official, with the England international of the feeling that Konsa’s blow wasn’t as serious as it initially came across as.

Maguire to ref Kavanagh: 'F**k off.' Every right to feel aggrieved because it wasn't a head injury to Ngoyo. Ref seemed to blow up for a 'head injury' and has now seems to have given Villa a free-kick. #mufc

It seems as though reporting of Maguire’s choice language towards officials, opponents and quite often his own teammates is something that goes viral during or after every United match.

The centre-back has built quite the reputation of a no-nonsense and crucially no-filter character when it comes to his reactions on the pitch.