There’s nothing new about suggesting that Bruno Fernandes has single handedly turned Man United around since his arrival, but it is hard t... 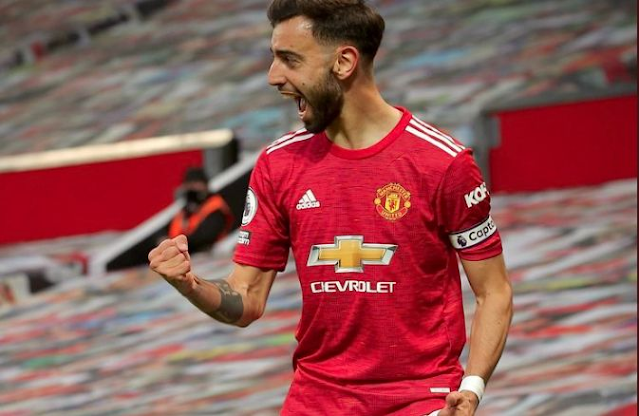 There’s nothing new about suggesting that Bruno Fernandes has single handedly turned Man United around since his arrival, but it is hard to understate just how important he’s been to the side.

He’s a creative force and his leadership also makes a huge difference, but his biggest contribution comes though his goalscoring ability as he tends to find himself on the scoresheet.

When you think of goalscoring midfielders from the Premier League then Frank Lampard is usually the first player that springs to mind, but Bruno Fernandes is in the same league as he’s just broken his record:

Bruno Fernandes breaks Frank Lampard’s record for most goals scored by a Premier League midfielder in a single season, all comps (28) 💥 pic.twitter.com/jSDB4nDhOz

It really must be said that the opener looked like an own goal from Nat Phillips so that record may be taken back from him over the next few days, but it does appear that he’s getting credit for the goal just now.

Even if it’s an O.G then it’s likely that he’ll score another before the season is out, and it shows just how incredible he’s been this season.