The manager of Danish club FC Nordsjælland has admitted he can see exciting young winger Kamaldeen Sulemana sealing a transfer to Manchest... 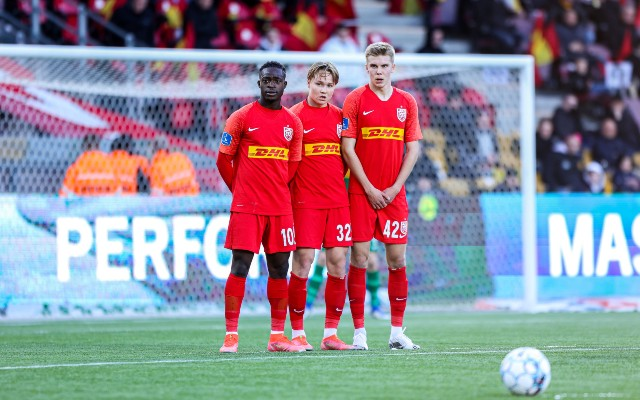 The manager of Danish club FC Nordsjælland has admitted he can see exciting young winger Kamaldeen Sulemana sealing a transfer to Manchester United.

The highly-rated 19-year-old has been linked with Man Utd by the Daily Mail in recent times, and it makes sense that the Red Devils could be in the market for further reinforcements in attack this summer.

Sulemana looks like a similar kind of prospect to recent United signings like Amad Diallo and Federico Pellistri, so could end up being a superb purchase for the club in the long-term.

The Red Devils have a great history of developing young players, and Sulemana is clearly a player with a big future at the highest level of the game.

Nordsjælland manager Flemming Pedersen is undoubtedly a fan of the Ghana international, and talked up the youngster’s prospects of potentially sealing a big move to Old Trafford at some point.

He told Bold.dk: “He has a very, very high level, and I think that all scouts in Europe have gradually known this for some years, since 2017, when he as a U15 player won a major international tournament in the Netherlands. They were all there… Arsenal, Real Madrid, Red Bull Salzburg and so on.”

When asked about United specifically, Pedersen added: “Yes, I can (see him moving to United). There’s no place he can’t do it.”