Manchester United have agreed personal terms with Aston Villa skipper Jack Grealish ahead of a summer move, according to Todo Fichajes. Un... 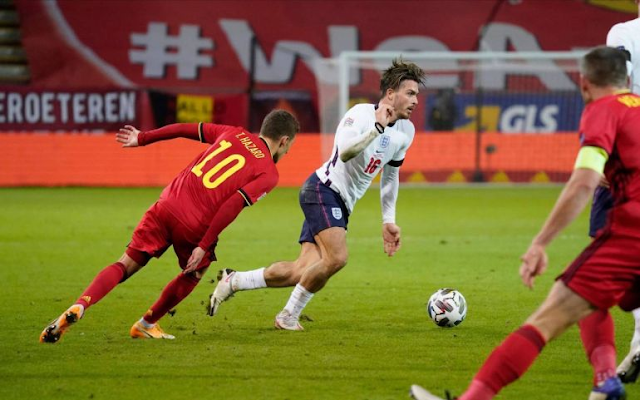 Manchester United have agreed personal terms with Aston Villa skipper Jack Grealish ahead of a summer move, according to Todo Fichajes.

United have shown signs that they are developing into a great team under Ole Gunnar Solskjaer this campaign, but still require a little more star quality in their ranks if they want to close the gap on ‘noisy neighbours’ City.

As per Todo Fichajes, Jack Grealish, who has six goals and 10 assists in 22 Premier League appearances this campaign, could be headed to Man United this summer.

The report claims that an agreement has already been reached between Grealish’s camp and United, with Aston Villa open to selling if they receive an offer in the region of €80M plus €10M add-ons (£78M).

Just how much truth there are to these claims is unclear, but it’s enough to get Red Devils fans excited.

Grealish is a brilliant player to watch, with the prospect of him linking up with Bruno Fernandes and Paul Pogba going forward utterly mouthwatering from a United perspective.

As for Aston Villa, while they’d no doubt be gutted to lose their captain, they’d be given a huge amount of cash in exchange to strengthen the squad from how it stands this year.