Borussia Dortmund confirmed they have a ‘gentleman’s agreement’ with Jadon Sancho indicating the England international could be on his way this summer.

Sancho was the subject of intense transfer speculation last summer, with Manchester United making a fairly public pursuit of the forward.

In the end, they did not want to meet Dortmund’s asking price of more than £100million.

Speculation is only likely to increase this summer when the transfer window opens.

Jude Bellingham was among the goalscorers and Sancho also put in a strong performance with two assists, while embarrassing one of the Holstein Kiel defenders too.

“We already had a gentlemen’s agreement with Jadon last year that he can switch under certain conditions,” Zorc told ARD .

“He’s been with us for a couple of years. However, this agreement does not exist with Erling.”

“He kind of outlined something we already knew that Jadon Sancho, under certain conditions, is available for transfer this summer,” Hatchard said.

“He said they have a gentleman’s agreement with him that if a certain figure is met then he will be able leave.

“That will ignite links back to the Premier League, that’s the most likely avenue for him.

“The interesting addition to this is that Zorc was at pains to stress that a similar agreement does not exist with Erling Haaland.

“With Haaland, they absolutely want to keep him for another year.”

Hatchard also believes the price will be far lower than the one wanted by Dortmund last summer, with Manchester United still the likeliest destination.

“The feeling is that it will be below €100million. They were asking for big money last summer, he’s obviously a year further on in his contract.

“There has been an affect on the market with the pandemic, there’s no question about that. I think he is available for less.

“I still believe he’s one of the most exciting players out there right now. I think he’s a consistent performer, scores goals, makes goals and has incredible skills. His decision making is great and is getting better all the time.

“I think if clubs do have the ability to make a move they absolutely should. I do think United is the most likely destination because they were very, very keen on him, but weren’t prepared to pay that kind of money.” 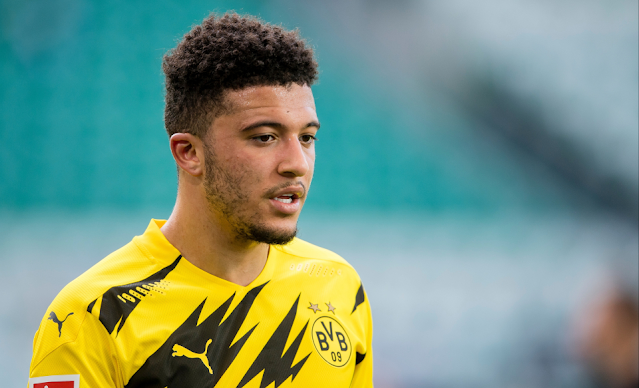