Manchester United are set to launch a bid for Tottenham striker Harry Kane, according to claims made by Todo Fichajes. Kane has been one o... 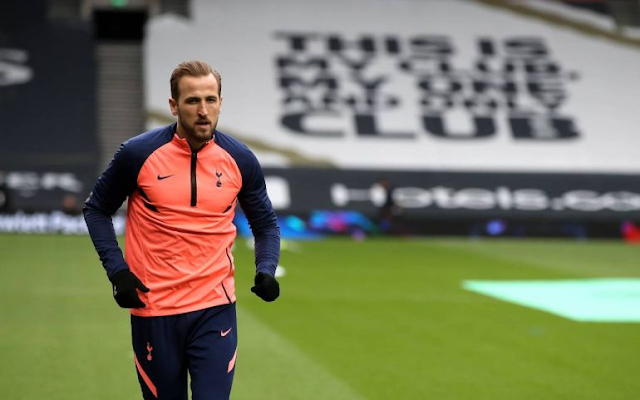 Manchester United are set to launch a bid for Tottenham striker Harry Kane, according to claims made by Todo Fichajes.

Kane has been one of the best strikers on the planet for several years now, but plays for a club which is seemingly allergic to winning silverware.

Tottenham came close this term, having reached the Carabao Cup final, but didn’t lay a glove on Manchester City, who could have scored four or five.

You have to wonder how long Kane will be prepared to sit around and watch his career go down the drain. As per Todo Fichajes, his loyalty is set to be tested.

The report claims that Man United will soon approach Tottenham with a €100M (£87M) bid for Kane, one which Todo Fichajes believe Daniel Levy will accept.

While there’s every possibility that Man United will move for Kane, and Tottenham could be forced to listen if the striker wants to leave the club, is £87M enough?

Daniel Levy is a notoriously tough negotiator, and with Kane being all that stands between Tottenham and complete mediocrity, you have to imagine he’d want more.

Though, Kane has been a loyal and exemplary servant to Tottenham. If Levy had any class about him, he would facilitate the striker’s departure.

Unfortunately for Kane, that’s not often how it works in this business.