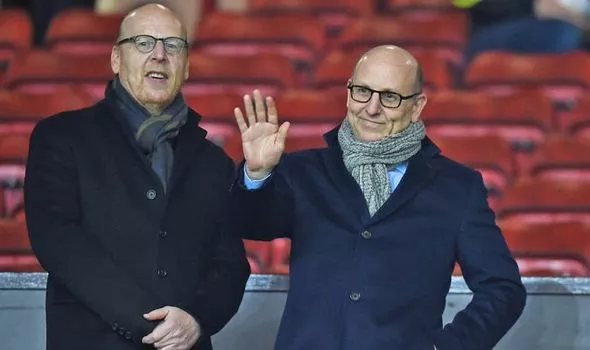 Manchester United fans want the Glazers to leave the club.

On Sunday, the footballing world was shocked as Manchester United fans vented their fury towards the Glazers and their handling of the club. The Americans have been in power since 2005, back during Sir Alex Ferguson’s reign in charge. However, in the wake of their failed European Super League plot, devotees of the Red Devils have had enough.

Manchester United were due to face off against Liverpool on Sunday, with that match originally scheduled to kick off at 4:30pm.

But heavy protests at both Old Trafford and outside the Lowry Hotel forced the game to be postponed.

United fans made their voices heard on a dramatic afternoon, storming the Theatre of Dreams and calling on their American owners to jump ship.

However, the Glazers currently have no plans to sell up.

It means the club's out-of-favour owners may have to do some serious bridge-building instead, starting by signing all of manager Ole Gunnar Solskjaer’s top targets this time around.

With Solskjaer keen to bolster his lineup, and the Glazers facing a serious job to rebuild trust and confidence among the fanbase, Express Sport takes a look at how impressive United's starting XI for next season could potentially be if the Glazers react to the protests by signing three key players.

Regardless of what happens this summer, Dean Henderson is expected to be United’s No 1 for the start of next season.

The England international had, until February, spent the majority of the campaign operating in the shadow of David De Gea.

But he’s been first-choice ever since the Spain international jetted away for the birth of his child, and has shone between the sticks.

Henderson had previously been linked with the likes of Tottenham and Paris Saint-Germain when he was warming the bench.

But De Gea now appears likelier to leave instead.

United have seen their defence improve considerably this season, with just 35 goals conceded.

Aaron Wan-Bissaka and Luke Shaw have both improved from an attacking perspective, while Harry Maguire and Victor Lindelof’s partnership has gone from strength to strength.

Yet while that may be the case, Solskjaer is still eyeing another centre-back.

And Real Madrid’s Raphael Varane is currently his No 1 target, having excelled with the La Liga giants yet again this term.

Signing him won’t be easy nor easy, especially with Chelsea also emerging as potential suitors for the France international.

But United’s back line would certainly benefit from Varane’s potential arrival.

United remain hopeful of keeping Paul Pogba, who continues to be linked with moves to Real Madrid and Juventus.

But they could still sign a new midfielder regardless, with West Ham’s Declan Rice admired.

The England international has enjoyed a good season at the London Stadium, helping the Hammers challenge for a place in next season’s Champions League.

And Solskjaer, John Murtough and Darren Fletcher all believe he’d be a good asset for the club.

Again, his arrival won’t be straightforward or cheap with West Ham likely to demand £100million for his arrival.

But, with the Glazers needing to heal their relationship with fans, they could find themselves paying the cash.

United want to sign Erling Haaland from Borussia Dortmund, regardless of what happens with Edinson Cavani.

Cavani has been linked with a move away from Old Trafford, despite scoring five goals from his last five matches.

And United could certainly do with the Norway international, who has scored over 35 goals in the Bundesliga and Champions League combined this term.

On the right would be Mason Greenwood.

And, on the left, Marcus Rashford - who remains as vital as ever.