Former England goalkeeper David James says there is no reason why "fearless" Dean Henderson cannot start for England at the Euro... 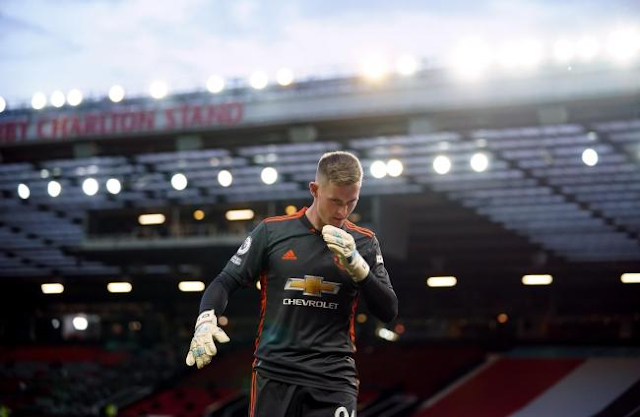 Former England goalkeeper David James says there is no reason why "fearless" Dean Henderson cannot start for England at the European Championships.

National team boss Gareth Southgate will on Tuesday name his 26-man squad for the tournament, with Cumbrian Henderson a likely inclusion.

The Whitehaven star is expected to join fellow keepers Jordan Pickford and Nick Pope in the squad.

And while Pickford is the senior gloveman, 53-cap James believes Manchester United's Henderson is an intriguing option.

“With regards who gets the number one position, it’s fascinating because Henderson has come in at Manchester United and now everything he does has come under scrutiny,” James told the PA news agency.

“But in my opinion, if he can be Manchester United’s number one then there’s no reason why he can’t be England’s number one.

“It’s the way he handles himself. I’d say ‘fearless’ would be the best word. If there’s a mis-judgement or error, he’ll continue doing what he knows he can do afterwards and not be frightened of it.”

Henderson, who has one England cap, has made 25 first-team appearances for the Old Trafford club this season.

He ousted David de Gea from the first-choice Premier League position, although the Spaniard returned to the side recently after Henderson was criticised for his display in the defeat to Liverpool.

The 24-year-old ex-Carlisle academy keeper, though, is known for his strong mentality in bouncing back from past errors.

James says Southgate must weigh up all aspects of his goalkeepers - not just their technical ability, and described Henderson as "pretty unflappable".

England start their summer tournament against Croatia on June 13 with further group games against Scotland and the Czech Republic.

“Gareth’s got to work this out,” James said.

“I’ve been in that situation as an England player, as number one or vying for it, and there are so many different things to take into consideration.

“It’s not just making a good save against one team or letting in a bad goal against another.

“Once you get in that camp Gareth Southgate will be able to assess Henderson’s relationship with the rest of the players, how he trains, how his mentality is.”

James commented on Leeds' Illan Meslier as another young top-flight keeper who has impressed him.

He said: “Henderson and Meslier, they’re two guys I get excited watching. They’ll make mistakes, but they’re both young enough to develop in a positive way.”

James was speaking as ambassador to energy supplier Utilita’s Football Rebooted campaign, which aims to recycle one million pairs of ‘pre-played’ football boots.