It is two years since Mason Greenwood made his Manchester United debut as a 17-year-old in an end of season display against Cardiff City. ... 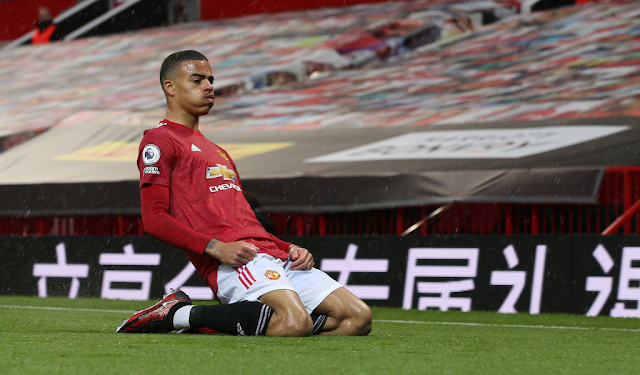 It is two years since Mason Greenwood made his Manchester United debut as a 17-year-old in an end of season display against Cardiff City.

He was bright that day, giving a good account of himself, as a raw talent with a lot of ability.

Two years on, he showed the difference, as he lined up leading an attack, with youngster Anthony Elanga alongside him making his Red Devils’ debut. 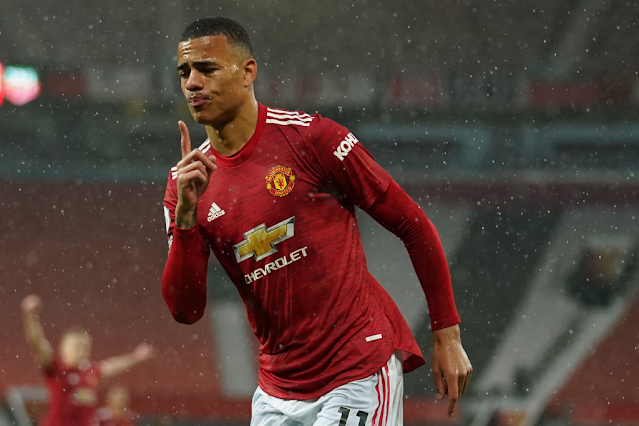 Elanga showed a combination of nerves, eagerness, and a few bright touches without really making his mark on the game. And that’s the difference.

Greenwood is playing at a level, with two years of first team experience under his belt, where he can grab a game by the scruff of the neck and change it in an instant.

That’s where he is right now. Starting a third game in five days, Greenwood was the only player in the line-up against Villa days earlier, who was selected to start this game.

The teenager was given an important role, to lead a youthful front three consisting of Elanga, 18, and Amad, 18. Greenwood, at only 19, seemed like a veteran in comparison.

That speaks to the maturity in his game, and how he has already come up at 102 total appearances.

He has grown so much since making his debut in 2019, and this performance demonstated just how. Elanga is a big talent, with a lot of potential, but its scary how advanced Greenwood is in comparison. In two years he may also be at a similar level, but for now, let’s just appreciate what Greenwood is bringing to the table.

Greenwood’s goal was exquisite, showing a burst of pace which left Leicester’s defence for dead, and coolly stroking the ball past Kasper Schmeichel, one of the league’s most consistent goalkeepers.

The striker takes Greenwood’s all-time United goal tally to 29, level with Zlatan Ibrahimovic, and he is on 12 for the season. That’s precisely double the number Roberto Firmino has for Liverpool. 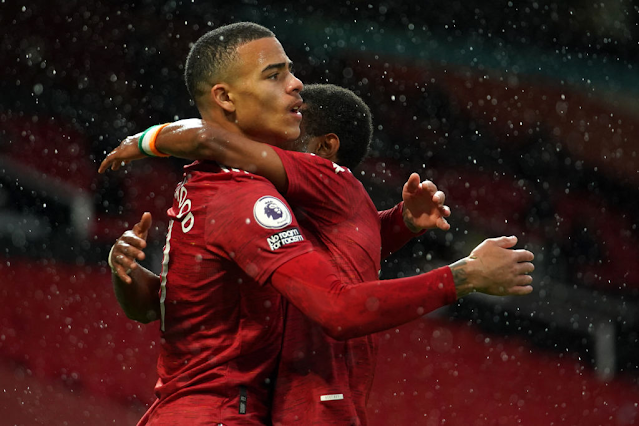 Solskjaer will have learned a lot about Greenwood from his performance.

So regularly, he is the young kid, the inexperienced player in United’s frontline. It didn’t look like that last night. Amid more youthful teammates, he could have just blended in. Instead he seized the responsibility, and stood out.

The United boss told the club website: “Mason [Greenwood] again he looked a seasoned professional out there. He’s only 19 but the way he has played tonight it was very, very good. He was fantastic leading the line.”

Greenwood looks like he is heading for the very top. He is an explosive talent who has sparked into life over the past two months after a challenging and often unlucky beginning to the season. He has shown character to bounce back from that and start playing at a high level, and Solskjaer’s faith has been rewarded.

There is so much more to come from him too, and while he may get a rest on Thursday night as a starter against Liverpool, he could still have plenty to offer before the season is done.