Liverpool star Mohamed Salah has been accused of being focused on trying to win the Golden Boot ahead of playing for his team. BBC Sport p... 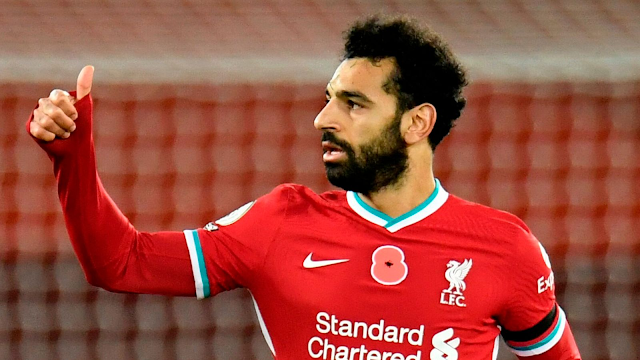 Liverpool star Mohamed Salah has been accused of being focused on trying to win the Golden Boot ahead of playing for his team.

BBC Sport pundit Garth Crook has hit out at Salah’s selfishness in recent games, and seems to think the Egypt international is genuinely putting his own scoring record above the good of the team.

Crooks believes Salah’s bid for personal glory is having a negative effect on the rest of the Liverpool squad, which is quite a claim to be making about the Reds star.

“It’s been a difficult season for the Reds especially without their fans,” Crooks said.

“With four games left to play and a Champions League spot up for grabs I can’t tell whether Liverpool have what it takes to make up the six-point gap at such a late stage in the season.

“Mohamed Salah only seems interested in the Golden Boot and I think that is having a negative effect on some.

Liverpool fans will surely still be pleased with how Salah has played this season, with the 28-year-old remaining one of the club’s few in-form players while others have let their standards slip.

Salah has managed 29 goals in 47 games in all competitions and surely has some license to try to add to that after being such a world class goal-scorer and contributing so much to the club’s success in recent years.

Salah is currently on 20 league goals, just one behind top scorer Harry Kane.