“No one is talking to me”: Concern over Liverpool’s £200,000/week star grows after worrying admission

Speaking ahead of the trip to Manchester United, Mohamed Salah says he hasn’t heard anything from Liverpool about a contract renewal as un... 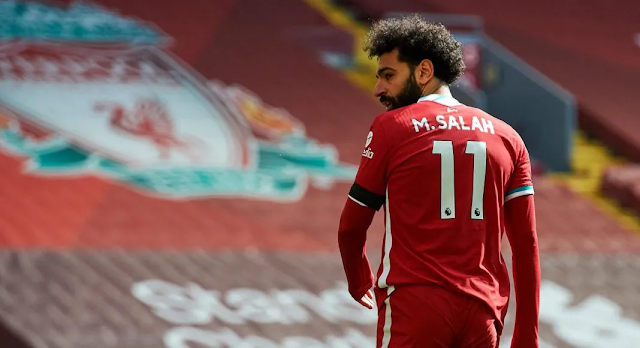 Speaking ahead of the trip to Manchester United, Mohamed Salah says he hasn’t heard anything from Liverpool about a contract renewal as uncertainty over his future grows.

Concerns over his future were first raised when he gave an alarming interview to Marca before the first leg against Real Madrid.

He was asked about a potential move to La Liga to which he responded: “I hope to be able to play for many more years. Why not? No one knows what’s going to happen in the future, so… maybe one day, yes.”

Salah has been the best player at the club ever since he joined from AS Roma in 2017 and his 148 goal contributions in 198 games speak to the world-class levels he has been operating at over the last four years.

Salah already earns £200,000/week at Anfield and a new contract would only see him earn more. Liverpool have always been very careful about their wage structure to avoid situations that Manchester United and Arsenal have found themselves in.

Arsenal are paying Pierre-Emerick Aubameyang £375,000/week and the Gabonese has been awful this season, scoring just nine times in the Premier League. Manchester United are paying David De Gea the same amount yet he’s not even a guaranteed starter at Old Trafford.

Liverpool keep a close watch on their wage bill to ensure they don’t pay washed up players in their 30s massive wages without a return on their investment. Aubameyang was the best player during Project Restart and yet now, he’s struggling to make an impact at all for the Gunners.

Salah is three years Aubameyang’s junior so there’s no danger of him suddenly losing his Midas’ touch but Liverpool will still be wary of offering him the biggest contract of his career with his 29th birthday looming large.

Sadio Mane is another player whose form this season will serve as a warning to Liverpool as the Senegal icon has suffered a massive drop off in form, scoring just 8 times in the Premier League this term.

Georginio Wijnaldum is set to leave the club as they refused to meet his demands.