Manchester United are reportedly preparing a bid of around £15million as they step up their pursuit of the transfer of Kamaldeen Sulemana.... 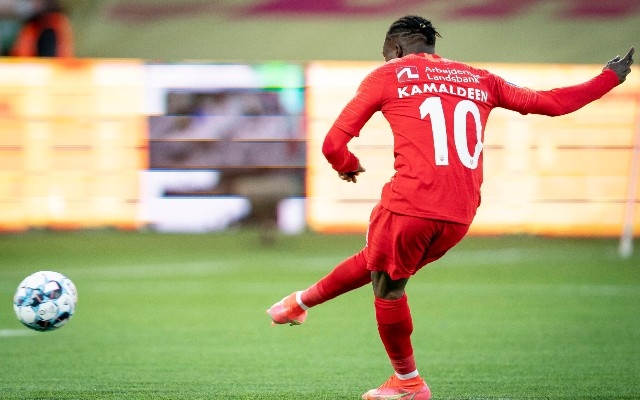 Manchester United are reportedly preparing a bid of around £15million as they step up their pursuit of the transfer of Kamaldeen Sulemana.

The highly-rated young winger has impressed with Nordsjælland in recent times, and even scored in front of watching Man Utd scouts, according to the Sun.

The Red Devils are said to be ready to pay £15m to try to sign Sulemana, which is more than the £10m rivals Ajax have initially offered, according to the Sun.

United have done well to sign some exciting young talents in recent times, with players like Federico Pellistri and Amad Traore coming in despite not being the biggest names.

Sulemana could be another similar kind of purchase if United pull it off, though the Sun add that there is some concern about new rules post-Brexit making it harder to bring the 19-year-old to England.

The Ghana international could help his cause by making one more competitive appearance for his national side, according to the report, but one imagines MUFC might also be able to get around this by signing him and immediately loaning him somewhere else.

This has often been done by some Premier League sides to get around work permit issues, but it’s not clear how easy that would be now due to new restrictions that have come in since Brexit.