Mason Greenwood has scored seven goals in his last ten games and has also broken United’s record of scoring 16 Premier League goals which ... 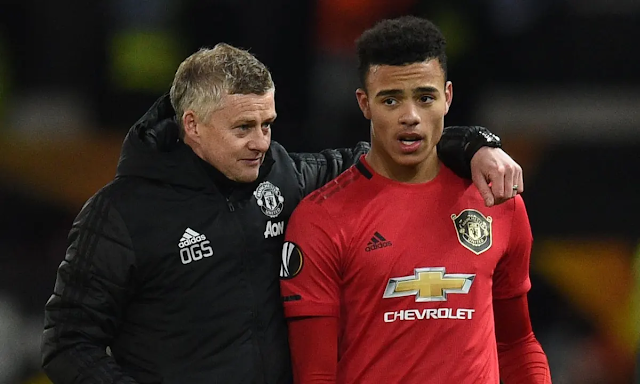 Mason Greenwood has scored seven goals in his last ten games and has also broken United’s record of scoring 16 Premier League goals which is the most by any teenager in the club’s history.

Ole Gunnar Solskjaer has backed “incredible” Mason Greenwood to make a late push to get into England’s squad for the Euros.

Manchester United teenager Greenwood, 19, has been out of the England senior picture after breaking coronavirus rules and being sent home in disgrace from Iceland last September.

England boss Gareth Southgate has left him out in the cold ever since and dropped him back down to the under-21s but after they failed to make the European Championships he is available again.

In-form Greenwood has scored seven goals in his last ten games and has also broken United’s record of scoring 16 Premier League goals which is the most by any teenager in the club’s history.

Southgate also has three extra places available in England’s squad for the Euros this summer and, with both Raheem Sterling and Marcus Rashford struggling to hit their best form, there could be another opening.

United boss Solskjaer said: “I’m sure Gareth knows Mason well enough. He knows Mason can turn a game around in one split second.

"He’s working, learning on the job, getting more robust and he’s played more than 100 games for us and is the top goal scorer as a teenager, he’s been incredible.

“He’ll have a long long future with England and I’m sure Gareth will think long and hard about which 26 he’s going to pick. I like him, I like the boy which says itself what I would have done.”

Solskjaer believes Greenwood is also learning and improving all of the time as he is equally good with both feet and, after a dip in his form mid-season, he has roared back to his best.

“I can say that Mason is learning all the time he’s learning on the job which is not easy, it’s difficult and he’s had to bear a lot of responsibility and he’s popped up with so many important goals for us,” said Solskjaer. 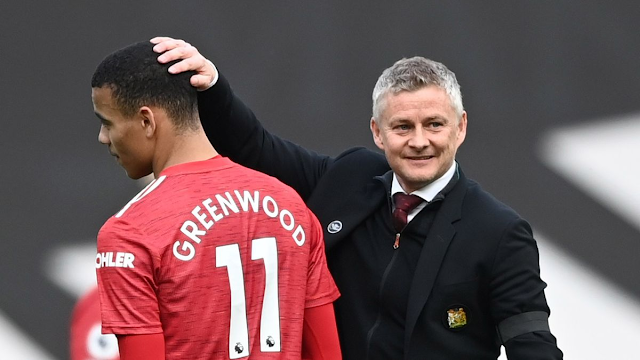 “Last Thursday night in Rome he worked his socks off and then he’s going again and he’s tired his body is not really filled out yet and he might not be ready for all of these games but he’s got something special.

“The kid just turns the game around in one split second and the goal today was excellent so I’m delighted that he’s got back to his goalscoring best and he’s learning more and more all the other bits as well.”

Solskjaer has also said that he may give a chance to teenage whizkid Amad Diallo, 18, against Leicester on Tuesday night.

The Ivory Coast winger joined from Atalanta in a £35m-plus deal in January and is seen as one for the future and United may ring the changes and give some kids a chance.

Leicester are also chasing a top four place and Solskjaer expects a tough test, especially after Brendan Rodgers’ side knocked United out of the FA Cup.

Solskjaer added: “Amad has a chance on Tuesday of course, he is training well. The young players are in contention, yeah definitely.

“They’re in the first team squad they’re training with us every day so I would think that some of the young boys will get an appearance, definitely. If it’s coming on towards the end or it’s starting I don’t know because I don’t know how the players will be on Tuesday when we see them.

“They’ve got some very good individuals and again they’re fighting for a top four and they’ve got the FA Cup final to play for. I’ve said it many times about Brendan and his teams they’re a joy to watch and they play good football.”