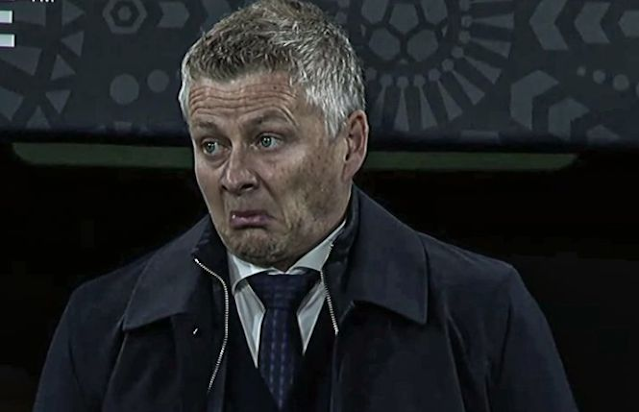 After setting up a Europa League final clash against Villarreal, Solskjaer’s men were the heavy favourites to go on and lift their first piece of major silverware since 2017.

However, despite naming a strong starting 11, United stumbled their way through 120 minutes of action only to be beaten on penalties by a much more ruthless Villarreal side.

Goalkeeper David de Gea had a night to forget after failing to keep out a single penalty kick out of a whopping 11 taken and then missed his own spot-kick which led to his Spanish opponents claiming European gold.

Solskjaer came under heavy criticism in the immediate aftermath of Wednesday night’s game and although many fans were quick to get on at the Norweigan, according to a recent report from the Telegraph, the club’s hierarchy are determined to stick by their man and hand him a new three-year deal.

However, despite the recent reports that Solskjaer could still be handed a new and improved deal, Merson feels the ex-striker, turned gaffer, has taken the Red Devils as far as he can.

Writing in his column for the Daily Star (as relayed by MEN), Merson said: “Solskjaer has taken Manchester United as far as he can.

“I thought he was totally outwitted by Unai Emery in the Europa League final. Villarreal are not a great team, but he got out-coached.

“Arsenal got absolutely slaughtered for playing exactly the same way as United did against them. They were poor.

“You thought Solskjaer would change it. They had no pace up front, so what does he do? He puts Fred on!

“Marcus Rashford was having the worst game of his life. You have to see that as a manager. You have to accept it and take the guy off. And you have a goalkeeper who hasn’t saved a penalty in five years and never looked like saving one in the shoot-out. Take him off!

“It’s too NICE for me. Ole is everyone’s mate. He’s not ruthless enough He probably didn’t want to upset people by making those subs.”