Edinson Cavani leaves The Lowry Hotel after the protests by United fans on Sunday  (Image: PA) Man Utd fans forced the Liverpool game to b...

Sunday night's Line of Duty finale on BBC One caused a level of uproar and controversy that could only have been beaten by a mass Manchester United fan protest and an astonishing postponement.

So, despite an ongoing social media boycott in football, the two rather different issues competed for prime-time Twitter trending spots over the Bank Holiday.

Some fans of the gripping crime thriller may have been disappointed with its conclusion, but an instruction from Adrian Dunbar’s character Superintendent Ted Hastings felt rather apt to both situations, as the AC-12 head honcho instructed his successor to “carry the fire” with regards to chasing corrupt coppers.

Malfeasance in public office, however, is not just a phrase that applies to TV fiction, but a very real concern at the very top of English football right now. And so the masses of United fans who protested against the Glazers on Sunday outside Old Trafford and by the team’s Lowry Hotel must carry the fire, too. As footballers themselves might say, they must go again. Keep the pressure up.

There is never a shortage of issues at United to ensure the Glazers and their lackeys are kept firmly under the pump and the coming weeks will give them plenty of food for thought, even aside from the fan protests.

Even if there had been no demonstration at the weekend, restlessness would have persisted among the fanbase over issues like Paul Pogba’s future and Edinson Cavani’s contract situation.

The letter written by the Manchester United Supporters’ Trust to Joel Glazer inviting him to respond to the protest adds to the sense of pressure building.

This is not to mention another critical summer window on the horizon, where United must get everything right and deliver Ole Gunnar Solskjaer the support his progress as manager rightly warrants. It was illuminating that the protesters chanted heartily in praise of the Norwegian on Sunday.

And anyone watching Solskjaer’s side dismantle Roma 6-2 in their last game before Sunday’s protest would have seen a team developing its swagger. United were in red-hot form and Solskjaer’s ethos to play attacking football with a clinical edge was paying off, to put them in their first major final since 2017. They would thoroughly deserve the silverware if it came their way.

The caveat to the performance was the fact two of United’s best three players could feasibly leave the club before the start of next season. Much of their dominance over Roma — and in several other landmark victories this season — has come courtesy of Pogba, Cavani and Bruno Fernandes, dovetailing as an attacking triangle.

Keeping all three is of paramount importance, and yet there is a sense of drift to Pogba’s situation at the club, while Cavani still needs more convincing to stay in Manchester for an extra year. Fernandes’ future is secure for now, but even he may be tempted by a move elsewhere if United’s progress stalls and a trophy is not forthcoming.

Make no mistake, losing Pogba — even this summer for a fee, or in 2021 for free — would not reflect well on United’s hierarchy. 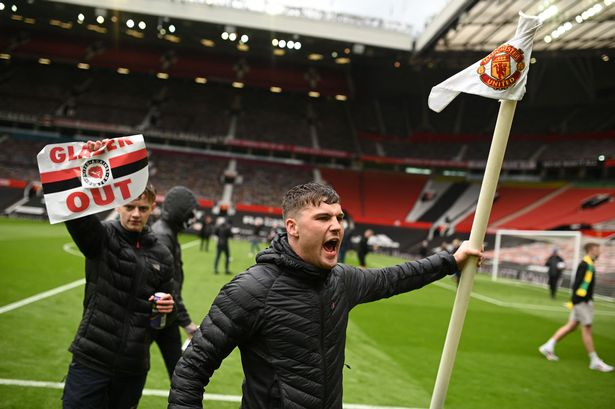 Here is a World Cup winning player at his peak (28 years old) who United may allow to slip through their fingers; a player brought back under the Glazers in 2016 at great expense — having lost him for free to Juventus in 2012 — and a player who should have been surrounded by better teammates for the first four years of his second spell. He would surely have won the league had the Glazers and Ed Woodward nailed their transfer business around him.

And so it’s ironic that Pogba — along with last summer’s last-gasp desperation striker signing Cavani — now provide the Glazers with their next questions, which they’ll have to answer in broad daylight with the fans, and the wider world, now watching.

The Glazers’ problem is that even securing the futures of Pogba and Cavani won’t sate the protesters. Not even signing a marquee summer name like Erling Haaland will do.

But these situations will add to the mounting pressure and the fans will keep carrying the fire. 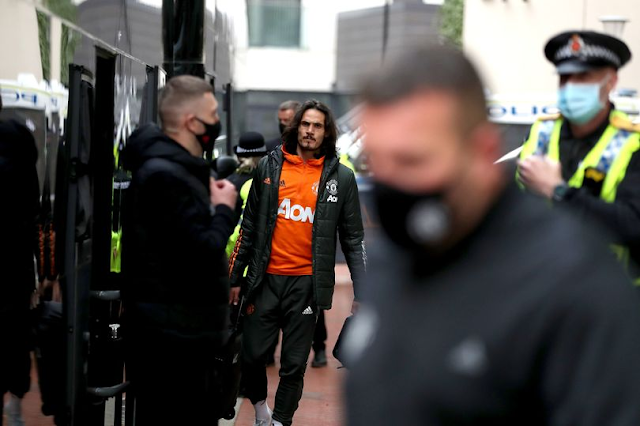