Manchester United captain Harry Maguire was spotted using crutches at Old Trafford this afternoon, with the Red Devils taking on his forme... 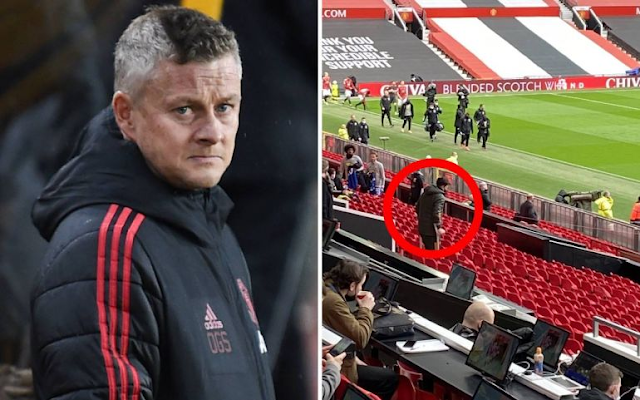 Manchester United captain Harry Maguire was spotted using crutches at Old Trafford this afternoon, with the Red Devils taking on his former side Leicester City.

Maguire was withdrawn last time out against Aston Villa with an ankle injury, with Sky Sports reporting that the centre-back has suffered ligament damage and will be out for a couple of weeks.

That rules him out of what remains of the Premier League season, while Sky Sports report that he also faces a race to be fit for the Europa League final, which is on the 26th of this month.

While the mere fact that he hasn’t been ruled out of that fixture is encouraging, seeing him attend tonight’s game on crutches is less so, both for Man United and England fans.

Ole Gunnar Solskjaer is hopeful he will be fit for the Europa League final. pic.twitter.com/JPe08BNQbd

Say what you like about Harry Maguire, and there’s no denying that he started the season badly, but the 28-year-old has been commanding and dependable for Man United in 2021.

United are going to need him dearly when they take to the field against Villarreal in the Europa League final, as will Gareth Southgate for the European Championships this summer.

Having him on crutches is good news for nobody.